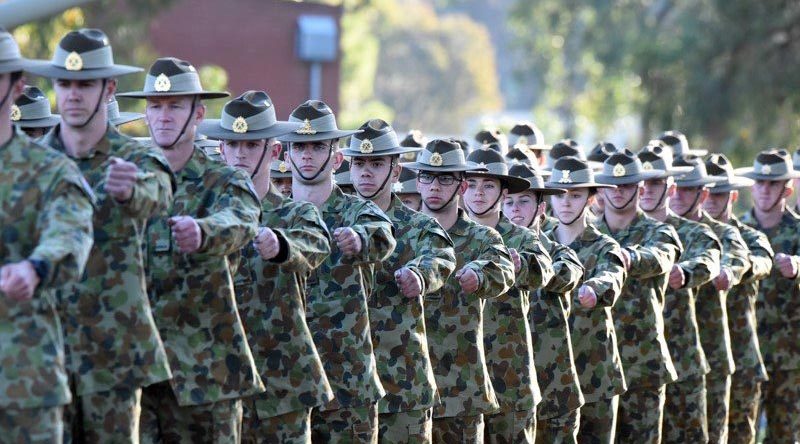 Collection of related stories, published in ARMY, The Soldiers’ Newspaper, 30 May 2019

Hand-to-hand fighting and combat-focused marksmanship now feature on a revised Army recruit course after changes were approved at the end of last year.

Recruits will also receive foundation training in chemical, biological, radiological and nuclear defence and be required to pass a PESA (physical employment standards assessment) before marching out of Kapooka.

The Army swim test and the basic fitness assessment are conducted, but are diagnostic assessments only.

Commanding Officer 1RTB Lieutenant Colonel Roger McMurray said the course was modified to prepare every soldier to be ready for the physical, mental and moral rigours of close combat.

“Our goal is to deliver world-class foundation combatants who are physically robust, possess grounded combat behaviours, ethics and values and be set up to succeed at their initial employment training,” Lieutenant Colonel McMurray said.

“We are very fortunate to live in an advanced, respectful and relaxed modern society, but our challenge at 1RTB is to draw people from that society and transform them into confident and capable soldiers.”

“But, the opportunity to train the next generation of Army’s soldiers is one of the most worthwhile and rewarding opportunities that Army offers.” 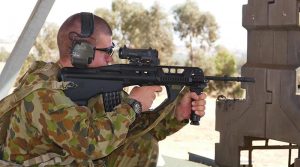 The Army Recruit Course has modified shooting lessons to exploit the enhanced lethality of the EF88 and place greater emphasis on combat marksmanship.

1RTB Master Coach WO2 Anthony Pratt said the new series of rifle practices was intended to replace the legacy live fire (LF) series and place the focus on combat.

“The purpose is to engender a conceptual shift in Army’s approach to small-arms live firing.

They will enhance the shooting skills of Army while instilling a combat mindset and building combat behaviours,” he said.

“Rifle practice 3A is the new gateway for field firing that recruits must pass, replacing the old LF6.

“All recruits are trained on the EF88 and the Combat Marksmanship Continuum (CMC), and must achieve an RP3A pass standard as a march-out requirement.

“Recruits respond well to the new methods despite the challenge of progressing trainees to a state of ‘unconscious competence’ during the course.

“The major differences between the legacy LF program and the CMC is the intensity of shooting and the level of survivalist combat behaviours expected to be displayed by the firer,” he said.

“The CMC program places an increased responsibility on the firer to make decisions that are not unlike the decisions that would need to be made in actual combat – for example, the firer decides on how many rounds to fire to neutralise a threat, when to apply safe, when to utilise cover and when to conduct tactical or emergency reloads.

“The end state is far superior to what was being produced under the legacy shooting program – recruits have demonstrated higher levels of weapon confidence, proficiency and safety.

“Skill degradation between the completion of the qualifying practice and Exercise Challenge is minimal, demonstrating that the level of training and repetition is more than sufficient and beyond expectation for the all-corps environment. 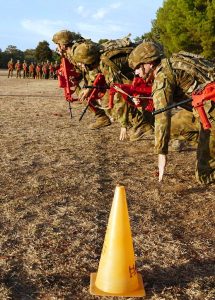 Applying a single fitness standard across a diverse range of people is difficult and, at the start of military training, this difficulty is coupled with the added risk of injury from new, unconditioned trainees.

The 1RTB warrant officer physical training instructor WO2 Dean King said the all-corps PESA coupled with Army’s recent emphasis on conditioning helped deliver soldiers fit for the rigours of their future roles from a wider pool of recruits.

“The PESA provides a field-ready indicator for recruits by assessing job-specific aspects of fitness through the use of occupational tasks,” WO2 King said.

“It sets a standard of physical preparedness that is gender and age neutral, providing confidence that recruits can perform to standard without sustaining injury.”

“The ACP is a safe and effective hand-to-hand fighting program,” Lieutenant Faulder said.

“It provides a structured and graduated progression of self-defence and non-lethal response options, through to lethal fighting techniques.

“The focus is on instilling recruits with basic skills to survive a close fight through a combat mindset and the development of combat behaviours, with the goal of bringing the recruits to a level where they could survive an encounter, retain their weapon and continue the fight.” 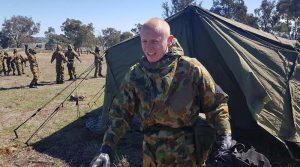 Lieutenant Colonel McMurray said the training conducted at 1RTB was an introduction to self-protection skills and individual equipment.

“Recruits are instructed on the basics of CBRN to provide foundation skills that are further developed at initial-employment training schools or once in units,” he said.

“They learn the basics on CBRN threats, practise individual drills and complete a respirator confidence test using a mask-test facility.

“The use of a riot-control agent to confirm drills is a daunting prospect for recruits, but they gain complete confidence in their equipment and there is universally positive feedback on the experience.” 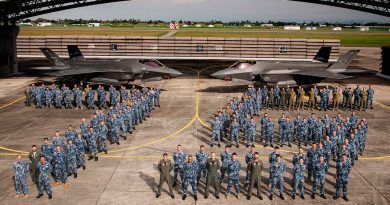 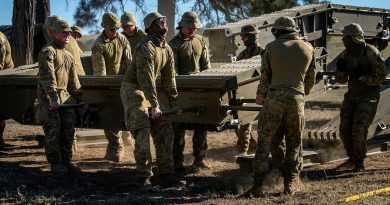