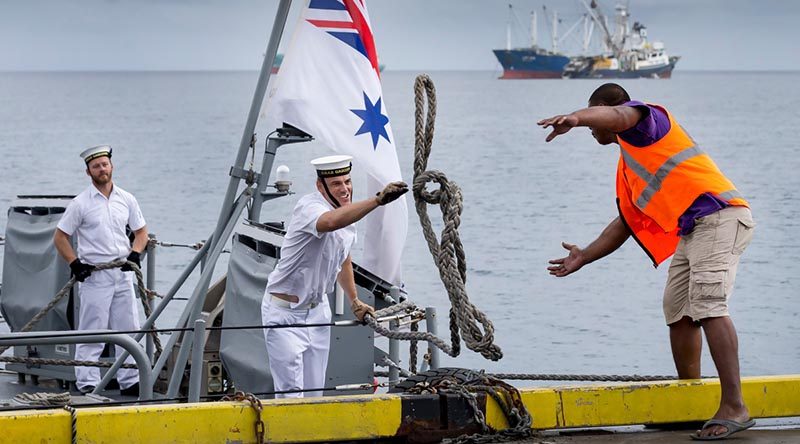 HMAS Gascoyne has farewelled Tonga and Tuvalu following a month-long deployment to the Southwest Pacific region.

CAPTION: A sailor on HMAS Gascoyne throws a line to a Funafuti wharf worker as the ship pulls alongside in Tuvalu during a south-west-Pacific-engagement tour. Photo by Leading Seaman Craig Walton.

More than 60 Australian Defence Force personnel travelled to the island nations between 8 April and 4 May 2019, conducting activities to support peace, security and the sovereignty of these countries.

“The visits to Tonga and Tuvalu strengthen our links with regional security forces in the short term and reinforce our relationships in the long term, through providing opportunities to explore options for future cooperation,” Lieutenant Colonel Harvey said.

“We were particularly honoured to participate in Anzac Day commemorations in Tonga that were attended by His Majesty, King Tupou VI and Her Majesty, Queen Nanasipau’u.

“The commemorations were an important reminder of the long and meaningful shared history between the Australian and Tongan military forces.”

Musicians from the Australian Army Band strengthened links with local communities through providing music to patients and staff at hospitals, and students at schools across Tonga and Tuvalu.

Later this year, Task Group 637.1 will travel to Samoa as part of the same ongoing enhanced regional engagement initiative. 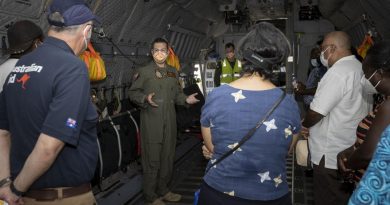 Support to Solomon Islands on show 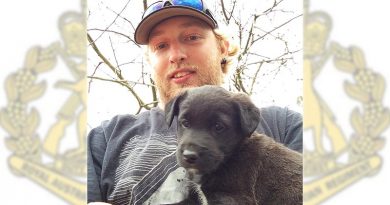