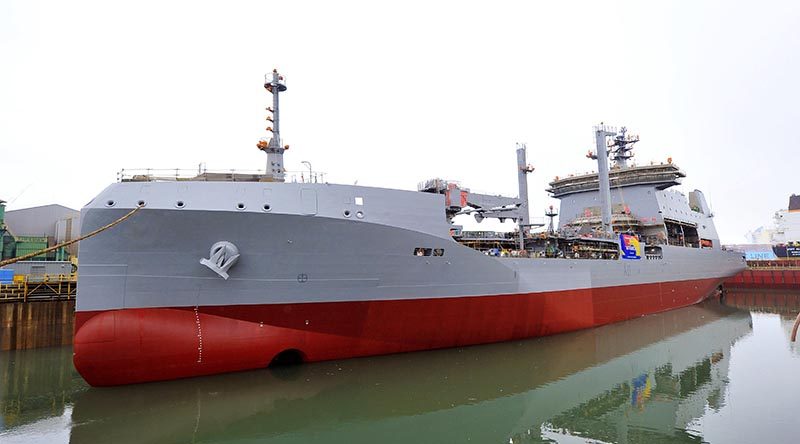 At a launch ceremony this week, the Royal New Zealand Navy’s first purpose-built ship in 10 years, Aotearoa, finally found herself in her natural environment only eight months after her keel was laid in a South Korean shipyard.

However, it wasn’t the dramatic launch of times past where a ship rolled down the slipway and into a harbour stern first.

Aotearoa was constructed in the massive Hyundai Heavy Industries dry dock which was recently filled with water and the ship floated off the blocks.

But this didn’t lessen the enormity of the occasion, according to the Chief of Navy Rear Admiral David Proctor, who was in attendance.

“Seeing a ship of this size and capability on the water nearing full completion is a really exciting time for our Navy,” Rear Admiral Proctor said, during his speech at the launch ceremony.

“Aotearoa will provide us with a world-class maritime-sustainment capability.

“She is a ship that will carry our nation’s name with pride to all corners of the world as we advance New Zealand’s interests from the sea.”

At 173m long, Aotearoa is the largest ship the RNZN has ever had in the fleet.

She boasts state-of-the-art design and capability features including ice-strengthening and ‘winterisation’ for operations in Antarctica.

She will operate as a fleet tanker and a supply ship.

She has the ability to produce 100 tonnes of fresh water a day – critical when providing humanitarian aid and disaster relief.

The formal commissioning of the ship will take place at Devonport Naval Base in Auckland early next year. 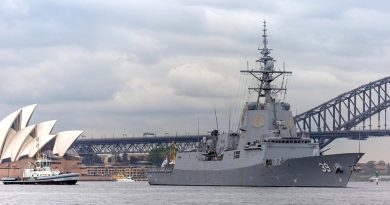