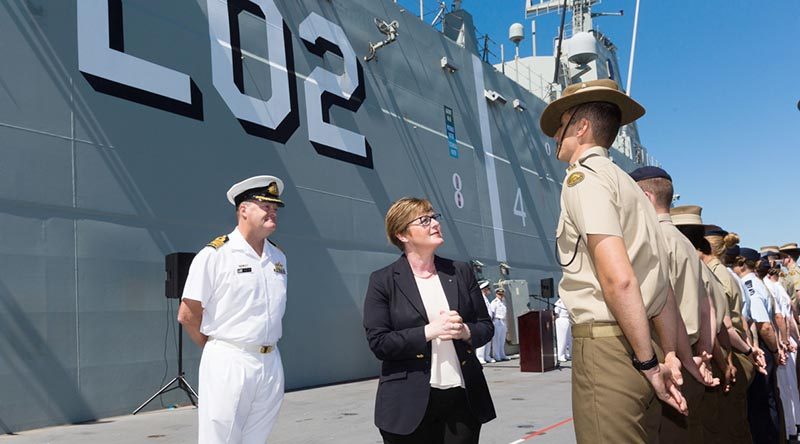 Indo-Pacific Endeavour 19 (IPE19), the third iteration of this activity, was launched in Western Australia yesterday with the departure of HMA Ships Canberra, Success, Newcastle and Parramatta from Fremantle.

Attending the launch on behalf of retiring Defence Minister Christopher Pyne, new Minister for Defence Industry Linda Reynolds said she was pleased with the level of engagement planned with Australia’s Indian Ocean Region partners over the next three months.

“These relationships are strengthened by annual exercises and engagements, such as the Indo-Pacific Endeavour series.”

Minister Pyne said building interoperability with key partners and improving coordination of humanitarian and security responses was a priority for Defence.

“IPE 19 is a major regional engagement activity for the ADF, which delivers on the promise of the 2016 Defence White Paper to strengthen Australia’s engagement and partnerships with regional security forces,” Minister Pyne said.

“Our strong and enduring relationships with regional militaries, governments and local communities are critical to this.”

“We are pleased to have the opportunity to demonstrate the Australian Defence capacity across the spectrum of ADF activities during IPE19, with defence industry representatives participating to highlight their products and services,” Minister Reynolds said.

“The government is committed to Australian small and medium enterprises in the defence industry and ensuring they have every chance of exporting success.”

“This Joint Task Force will showcase some of our state-of-the-art capabilities to the host nations, including the Canberra-class landing helicopter dock ship, HMAS Canberra” [which wasn’t built in Australia – Ed].

The first port call for HMAS Canberra will be Colombo, Sri Lanka. 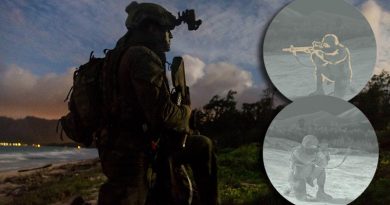 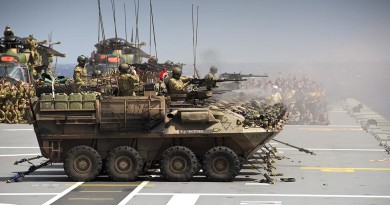