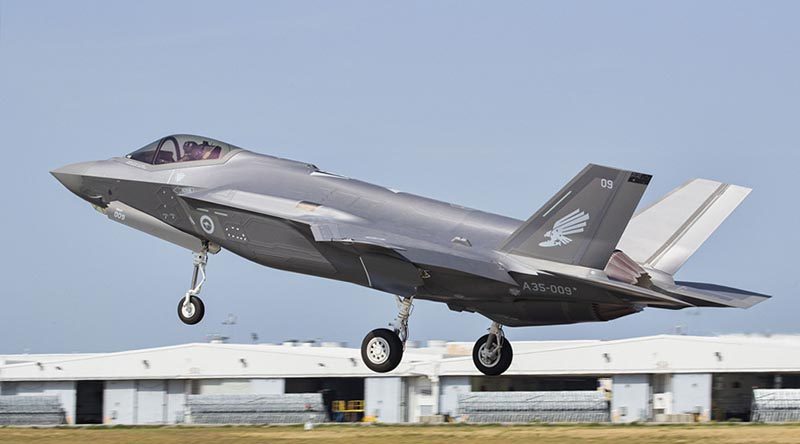 The Royal Australian Air Force, F-35A Joint Strike Fighter, A35-009, is the first Australian F-35A that will be transferred directly to No. 3 Squadron.

Royal Australian Air Force pilots and maintenance personnel from No. 3 Squadron are currently embedded within United States Air Force units and partnering with Lockheed Martin to prepare for the introduction of Australia’s first fifth-generation air-combat capability.

They will bring Australia’s first two F-35As home in December.

“The F-35A is truly next-generation due to its stealth capability, advanced sensors, data fusion and its ability to share information with other aircraft, Army units and Navy ships,” a spokesman said.

The Australian government has approved the purchase of 72 F-35As to replace F/A-18A/B Hornets..

73 years since Victory in the Pacific