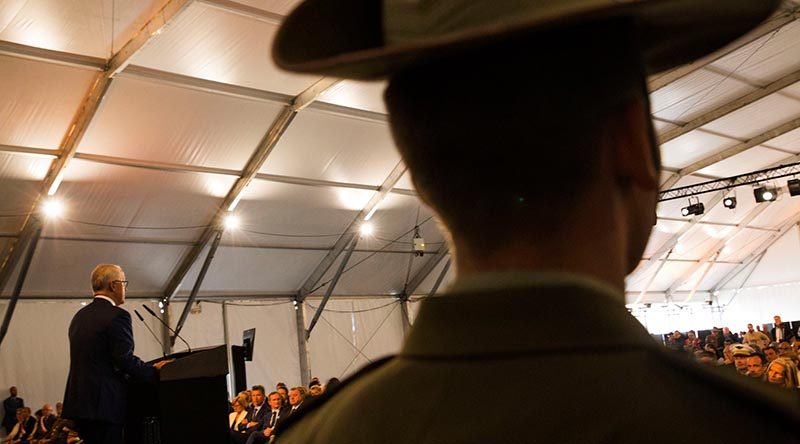 Prime Minister of the French Republic, his Excellency Édouard Philippe, Madame Genevieve Darrieussecq, Secretary of State to the Minister for the Armed Forces of France, Major General Thierry Coqueblin, Military Governor of Lille General Jacques Hebrard, Commander of the Northern Defensive Zone for the Gendarmerie, Senator the Honourable Marise Payne, Minister for Defence, The Honourable Darren Chester MP, Minister for Veterans’ Affairs, Air Chief Marshal Mark Binskin, Chief of the Australian Defence Force, Members of the family of Sir John Monash, the Honourable Warren Snowden, representing the Leader of the Opposition, former Australian Prime Minister, the Honourable Tony Abbott MP, who announced this centre in 2015 and who, to his credit, has always advocated for a greater recognition in our history of the Australian’s deeds, their service and sacrifice, their loss and their triumph here on the fields of France. Deputies, Senators, Members of Parliament, Excellencies, Ladies and gentlemen, servicemen and women of France and Australia, veterans.

Australians are hardly militaristic – tomorrow, ANZAC Day, does not commemorate a military victory. The Gallipoli campaign was a tragic and costly failure. We honour instead a triumph of the human spirit; courage, solidarity, resilience and above all mateship.

But while we are never triumphalist, we should never forget the triumphs of arms won by the Australian forces in the midst of all the horrors here of the Great War.

And here at the village of Villers-Bretonneux – exactly one century ago – with that ANZAC spirit and the brilliant leadership of John Monash the Australian forces won a momentous victory – the first of many in 1918.

To truly appreciate John Monash, and more than 46,000 Australians who gave their lives for us out here on the Western Front – we need to stretch the boundaries of our imagination and see this landscape as they did.

From the perfect geometry of these freshly-sown fields, and the immaculate lines of cottages in the village, we have to conjure up the smell and sound and fury of what was one of the greatest artillery bombardments in the history of warfare.

German commander, Erich Ludendorff, called his Spring Offensive, the Vernichtungsschlacht – the battle of annihilation – which aimed to punch a hole in the Allied defences before the Americans arrived in force.

We get a sense of it from the letters those young Australians sent home.

This is Thomas Taylor, a 21 year-old wireless operator who had worked at the post office in Moss Vale, this is him recording what he saw here at the break of dawn on ANZAC Day, 1918.

“Here we saw sights that made one’s heart stand still with pity. For all along the road was stretcher bearers in their masks leading out men totally blind and crying with the pain of gas burns. Dozens were stumbling along alone while along the road were numbers sitting down waiting for a shell to put them out of misery.”

The long rows of marble headstones here show how many were not.

Listen to the account of John Alexander Raws, an infantryman from Adelaide his name is inscribed on the walls behind us as one of those Australians whose grave has not been found.

“My tunic is rotten with other men’s blood, and partly splattered with a comrade’s brains. It is horrible, but why should you people at home not know? Several of my friends are raving mad. I met three officers out in No Man’s Land the other night, all rambling and mad the poor devils.”

Try to imagine the sons and daughters and wives and mothers and fathers poring over those letters.

Or worse, waiting for letters that were never sent.

This afternoon Lucy and I stopped the cemetery at Amiens station at the grave of Lucy’s great uncle, Roger Forrest Hughes.

Newly married, a young doctor, and a resident, at St Vincent’s Hospital, Roger enlisted in the AIF in 1916.

Within five days of arriving on banks of the River Somme he was hit by a shell while treating a wounded digger.

Roger died at the age of 26 in the arms of his brother, Lucy’s grandfather, the fighter ace Flt Lt Geoffrey Hughes whose squadron was nearby.

Seven weeks later Roger’s wife, Eileen Maher, gave birth to their son who himself was to die serving Australia in the Royal Australian Air Force during the second world war.

By the Spring of 1918 the Bolsheviks had taken Russia out of the war and the German forces on the Western Front were hugely reinforced by re-deployments from the East.

Ludendorff launched a massive Spring Offensive on 21st March to break the allied lines. And one allied defeat and retreat after another followed.

Churchill described the offensive as ‘the mightiest military conception and the most terrific onslaught which the annals of war record’.

On their second attempt the Germans captured Villers-Bretonneux on 24th April, but in an assault which Sir John Monash later described as “the real turning point of the war” the 13th and 15th Australian Brigades recaptured the town in the early hours of ANZAC Day 1918 and ensured the Germans could not achieve their objective, the capture of Amiens and its vital railway hub.

Monash did the meticulous planning, Brigadier General Pompey Elliott worked with instinct and passion, and together they launched the brilliant and ruthless counter attack that broke the German onslaught and helped to turn the tide of Europe’s deadliest war.

From here, it seems there was nothing Monash could not do.

In May 1918 he was given command of the entire Australian Corps – the first time they had been led by an Australian.

Monash was above all a modern man, an engineer, legally trained, a lateral, creative thinker – as literate as he was numerate. Before the War he made a fortune deploying the latest Monier system of reinforced concrete construction.

We see him in his khakis bewhiskered and stern as Generals were, but to think of Monash in our time, think of a man at the cutting edge of technology, pushing the boundaries of imagination and innovation.

Every one of his men knew exactly where they were going, who they would encounter and what they must achieve and he knew everything depended on them, they were his mates, and so he made sure they had hot meals, dry clothes and were rotated out of the front to recuperate as often as possible.

“The main thing is to always have a plan,” he said. “If it is not the best plan, it is at least better than no plan at all.”

He pioneered aerial supply drops, and air reconnaissance in near-real time, he showed how to use the trench-busting power of armoured tanks.

In short, he revolutionised warfare on the Western Front.

On the 4th July 1918, Monash led Australian and American infantry in what was then the most sophisticated joint operation in history involving air drops, artillery and a line of British tanks in the battle of Hamel.

He planned to take the village in 90 minutes – but was famously three minutes late.

That victory put the German army on the defensive right up until Armistice Day.

And from that time on Australians and Americans have fought side by side in every major conflict.

In August, King George V came to the Somme and knighted Monash in the field surrounded by his troops and captured trophies of war.

By the end of the war there was no-one who doubted his battlefield prowess.

Britain’s Field Marshal Bernard Montgomery later judged Monash to be “the best general on the Western Front in Europe”.

Montgomery said “the war might have been won sooner, and certainly with fewer casualties” if Monash had been in command of the British armies as well.

That’s why we are naming this Centre after Sir John Monash – but it is a memorial to all the Australians who served in this terrible war – from the private soldiers like my grandfather Fred Turnbull, to our greatest General.

We need to know the appalling suffering of the Western Front.

Before Monash boarded his transport ship in December 1914 he and 80 other Jewish military men crowded into the St Kilda Synagogue.

Monash opened the ark to bring out the Torah scroll and the young Rabbi, Jacob Danglow, told the congregation:

“Against the shadow of the darkest calamity which has ever befallen this world, there is a just God judging in the world, who will not allow might to crush right, who will not permit militarism to override morality. Never has the patriotism of His Majesty’s Jewish subjects been more wholehearted, never their loyalty more devoted than it is today, at this season of grave national peril.”

They prayed for King and country. But they did so within a framework of universal principles which we recognise today.

Monash expanded and enriched our conception of our nation, in both forceful and subtle ways.

We must never forget the lives that are honoured here at Villers-Bretonneux.

We must never forget the 11,000 fallen Australians whose bodies were never recovered – their names etched here on the Australian National Memorial.

We must stretch our minds to imagine what it was like for the 320,000 Australians who served overseas.

All volunteers. Every one of them. From a population of less than five million.

60,000 never made it home. You see their names on the stone memorials in almost every Australian country town and you can count the brothers, and the fathers and sons.

Prime Minister Philippe and I were talking about this just before we came here and how every small French village there is also there a monument to the fallen.

Prime Minister both our countries lost the finest of their generation in this dreadful conflict fought here for our freedom and the freedom of France.

And the same number again who died before their time from the poison gas and the illness and the trauma known as shell shock before we called it PTSD.

There was barely a household in Australia that was not deeply and personally affected.

We must remember all of this – especially us, our nation’s leaders – reminding us why we always strive to resolve conflict by peaceful means.

And when we do put our troops in harm’s way, to do so with the resources, the leadership and the considered strategy that best ensures their success and safe return.

This new Centre expresses our gratitude for all our men and women who fought – and continue to  fight – for our values and our interests as the Minister reminded us not too long ago.

Freedom, parliamentary democracy, the rule of law, mutual respect, the equality of men and women and a fair go – the opportunity to get ahead but lend a hand to those who fall behind.

One of the names inscribed at the Memorial is that of Private Leon Turbe. He is one of about 150 Australian Diggers who our National Archives lists as being born in France.

Turbe is also listed on an honour roll at his home town on Île d’Yeu, off the West coast of France, alongside six other men who share the last name.

That makes seven from the same extended family, in different uniforms, who all died fighting for our common cause.

Tomorrow here in France, at home in Australia, in Baghdad and Kabul, all around the world, thousands of Australians will be gathering in the moments before Dawn on ANZAC Day. Young servicemen and women – today’s ANZACs –  will join the veterans of years past and countless others who know that every freedom we enjoy has been hard won and hard held, in every generation, by the men and women who put their lives on the line, wearing our uniform, under our flag.

And in the midst of the stone, and steel, and glass of this serene monument, we know that the best way to honour the diggers of 1918 is to support the servicemen and women, the veterans and their families of today. 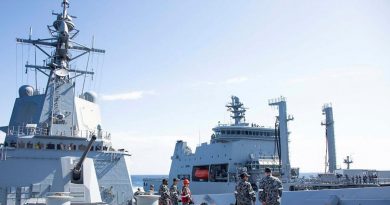 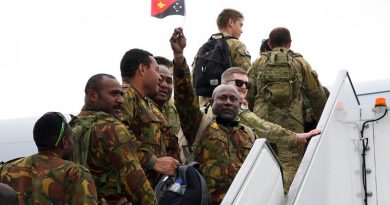 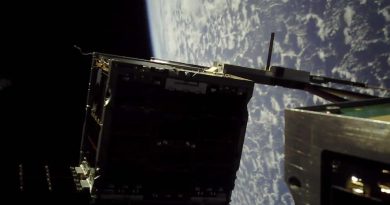