A side trip to Liscannor, County Clare, where ‘world famous’ Liscannor stone comes from.

Liscannor stone is a hard quartz sandstone, formed on the sea bed more than 320 million years ago. The stone bears the fossilised tracks of marine animals that crawled over the sea bed when it was soft and muddy. These tracks were covered by tidal sediment, with each new layer bearing the fresh tracks of other sea creatures – and so on and so on for millions of years. With the layers laid down hundreds of metres deep, pressure and chemical reactions hardened the mud into rock. Over time the land rose up and the sea receded.

The nearby Cliffs of Moher were formed this way.

Liscannor stone is typically dark silver grey to blue grey but some layers in some quarriescan produce rusty and copper colours.

The stone has been quarried for more than 150 years – and is shipped all over the world to this day, especially to the UK and USA.

Many traditional homes and sheds around west Clare are completely constructed of the stone – even their roofs. It was also used (especially in the early years) for street paving, mainly in England.

Today it is mostly used as a decorative construction materiel such as feature walls, as well as for floors, fire hearths, furniture – and tourist trinkets.

If you are interested, you can find all my personal vlogs here. 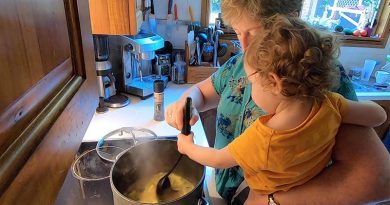 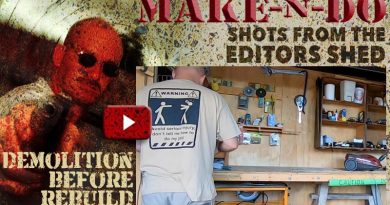 Dismantling my old workbench to better use the space

Got a taste for World of Tanks riding in a Centurion