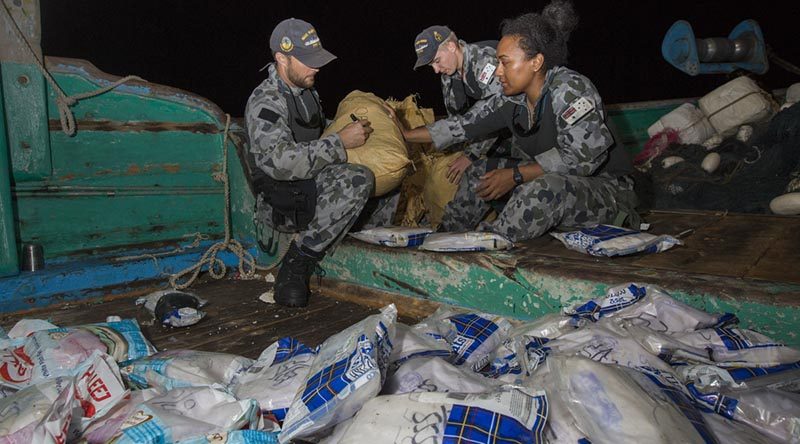 Royal Australian Navy frigate HMAS Warramunga’s crew has seized another 414kg of heroin valued in excess of $124 million during an operation in the Western Indian Ocean.

Warramunga has now seized and destroyed narcotics from seven vessels since deploying to the Middle East in November – with a total of 11.5 tonnes of hashish and 1.5 tonnes of heroin, valued in excess of $1billion*.

The ship’s Seahawk helicopter crew detected the smuggling vessel while conducting surveillance late on 1 February, in an operation planned by the Australian-led Combined Task Force 150 (CTF 150).

The subsequent boarding by Warramunga’s crew located the narcotics.

“As a result of this latest seizure, Warramunga has now taken more than $1billion of narcotics out of circulation, meaning the funds [that could have been] raised from their sale are no longer available for use by terrorist organisations around the world,” Commander Clelland said.

Commander of CTF 150 Commodore Mal Wise said the ship’s ongoing success was the result of close cooperation between the ship’s crew and the Australian-Canadian planning team at CTF 150.

“The team on land and at sea has worked well to identify and search vessels of interest in a large geographic area, dealing a series of significant blows to the drug trade that funds violent extremists,” Commodore Wise said.

The seized narcotics were transferred to HMAS Warramunga and disposed of at sea.

This is Warramunga’s third deployment to the Middle East region, and is the 66th rotation of a RAN vessel in the region since 1990.

CTF 150, which Australia assumed command of in December last year is one of three task forces operating in the Middle East. 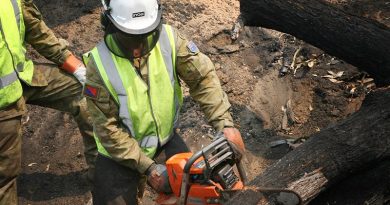 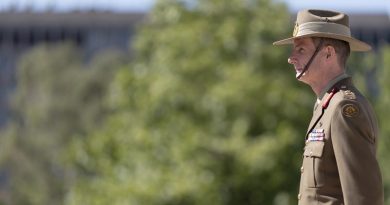