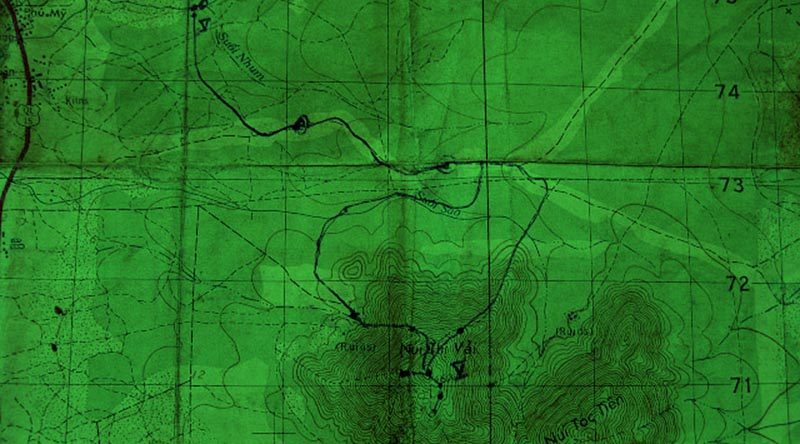 The Nui Thi Vai are a mountain range just north of the Nui Dinh Mountains.  The intelligent blokes in the battalion (OK they are called Int. Section) told us that they had some sensors in the ground and not only have they been detecting movement but they have also been hearing voices.

Off we trot to sort it out.  With us is Nigel.  I’ve used the term Nigel before to describe the enemy because if I started to tell you about the National Liberation Front, the Main Force of the People’s Liberation Armed Forces, the Peoples Army of Vietnam, the North Vietnamese Army and the Viet Cong;  I’d get terribly confused.  I use the term ‘Nigel’ to describe the enemy and now here we have a bloke called Nigel.  Geddit?

Nigel was a Nigel in a previous life. He gave himself up under the Chieu Hoi Program and he is helping the government forces of South Vietnam to rid Phuoc Tuy Province of the dreaded VC.  You may note a little bit of sarcasm on my part.  Indeed I don’t think any of us trusted Nigel.  Each of the platoons was trying one of these guys out.  The idea was they would help us to identify mine signs and maybe we could use them as interpreters if we captured any VC.  Great idea, except Nigel didn’t speak English, well not to us anyway.

We don’t like patrolling in the mountains.  Apart from the normal heat, humidity and mossies; we encounter steep hills and thick jungle.  The only way to move is to use the tracks that run along the ridge lines.  The danger is that there will be booby traps and we could be ambushed quite easily.  Being in single file strung out along a track makes it almost impossible to return effective fire and regain the initiative if we were ambushed.

We find the two bunkers where the sensors were hidden, but no enemy.  Indeed no recent sign of enemy.  So we checked the area out as best we could.  Just down from the bunkers, Smithy, our forward scout, noticed a few pieces of stick that didn’t look quite right, could this be a mine sign?  Nigel was called forward.  As he passed by me I could see he was sweating profusely like the rest of us and he was mumbling something in Vietnamese under his breath.  Clearly he didn’t want to be here and I’m just glad he wasn’t carrying a weapon.

Smithy pointed out the sticks just off the side of the track.  Nigel responded by yabbering something in Vietnamese, waving his arms about, moving up to the sticks and knocking them down.  We got the message that it wasn’t a VC mine sign. I think what he was saying was, “You Aussies are all fucking idiots!”

Moon reports in that there is nothing here and we get tasked to check out another location.  The boys back at The Dat are still hearing voices.  I imagined that the VC discovered this sensor thingo and it is probably at the pub in the village of Phu My where everyone is having a great time laughing at us trying to catch the bad guys.  But orders are orders so off we go again, this time down the mountain into open grassland.

I’d now like to report that the Int guys literally have us running ‘round in circles, and here is the proof…

Down the mountain side we go and fan out into more open vegetation and arrive at the grid reference they gave Moon.  We prop and harbour up.

I can see Moon on the radio advising them that there is no one here.  I don’t think they believed us.  They said they could hear laughter being picked up by the sensor.  Looking around we could see for a few hundred yards as the vegetation was not thick as shown by the white area on the map.  We not only couldn’t see anyone, nor could we hear anyone laughing.  Maybe we should check the pub out at Phu My, it is only about four kilometres away.  I’m sure the Int guys would shout if we found their sensors for them.

Off to the north-east was a knoll – a small hill.  Moon sent 5 Section to check it out.  It doesn’t look much on the map but it was quite steep.  I was getting really pissed off at this stage.  I was sick of being stuffed around by some guys back at The Dat.  I bet they have an air conditioned office and they had green ice cream for dessert after lunch.  Bastards!

As we got near the top of the knoll Davo motioned me to stop where I was.  This would not normally be a problem.  But I was fucked from going up and down mountains for the last couple of days on a wild goose chase and I wasn’t stopping until I got to the top of that fucking hill.

I told Davo in no uncertain terms, “I’m not fucking stopping anywhere until I reach the top of this fucking hill!”

I pushed on passed him and stumbled up to the top of the hill like a mad man; then I went back down to where he originally wanted me to go.  I took my pack off, threw it on the ground and sat down with my head in my hands; fuming like a little spoilt kid.  Davo chuckled, “Gee you’re a cranky cunt Knackers!”

While we were getting our breath back on that knoll, a strange thing happened.  Three helicopters flew over with things dangling under them.  They were normal Huey choppers, however we couldn’t make out what they were carrying.  One of them dropped a red smoke grenade, which landed not far from us and there was a couple of bursts of automatic small arms fire.  They didn’t see us and the fire was not directed at us.  It was just, strange.  A call was put in to The Dat, apparently they were Yanks and the things dangling underneath the choppers were in fact men.  Gee what cowboys!  Red smoke is only used to identify enemy targets.  If they had fired at us I’m sure we would have returned fire, now that would have been really interesting.

We married up with the rest of the platoon back down in the open area and later another patrol went out to have a look around.  While they were out there was an enormous monsoonal downpour and we were in fairly open country without the protection of the jungle canopy.  I was on the gun so I had to maintain a lookout.  Wrapping myself up in a hootchie was out of the question.  I put on my ‘smocks tropical’ but I found it was useless in dealing with the deluge.  I knew I would end up soaked to the bone, but as soon as the rain stops you dry out pretty quickly, except for your crutch.

So the most important thing if I wanted to have a comfortable night’s sleep sans damp crutch I needed to keep my crutch dry.  I sat there with my knees up to my chin and clasped my arms around my legs, just like I did as a kid at the pool when bombing my mates.  When the storm passed I threw off the smocks tropical and voila, my crutch was still dry, even though I was wet everywhere else.  Not bad for a dumb grunt eh?

The patrol came back and entered our harbour through our gun.  They didn’t see any sign of the enemy and they were all completely soaked.  They slept wet, I slept dry.  Suck it up 6 section.

Moon decided we would camp there for the night.  It was the first time we had harboured up in open type country so we were spread out a lot more than if we were in the jungle. Nigel was a bit concerned.  He slept in a hammock and there were only a few scattered trees about to tie up his hammock.  It was nearly dark when he started banging a log on a tree.  Thump, thump, thump.  The sound carried a long way in open country.  He bashed on the tree a couple more times until Mick the platoon sergeant managed to stop him.  What was that all about?

We stood to and watched as day turned into night.  Then we stood down and the blokes took over picquet on Killer’s gun.  I was asleep within seconds as it had been a tough and unfruitful couple of days.  In the middle of the night I heard a buzzing sound followed by an explosion.  Both Killer and I sat up and looked at each other.

“What the fuck was that?”

We laid back down.  You’re not going to believe this but we were so tired we tried to go back to sleep.

Then we got shaken awake to man the machine gun so the blokes on picquet could go back to their pits.  There was a fair bit of activity going on.  It seems an RPG round came in and exploded nearby.  No one was injured but it meant that the enemy were out there and maybe they were lining up to have a crack at us.

We stood to for some time.  Nothing happened.  It would be unwise to send a patrol out in the dark, so that must wait until first light, so we eventually stood down.

Killer and I went back to sleep quite easily.  You’d think that an RPG attack would keep us awake but we were so stuffed we went off to sleep almost immediately.  Next morning the clearing patrols went out but found nothing.

It just goes to show that those bastards are out there.

Nigel didn’t go on any future patrols with us.

Oh, and there wasn’t a pub at Phu My either. 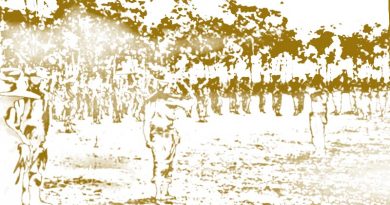 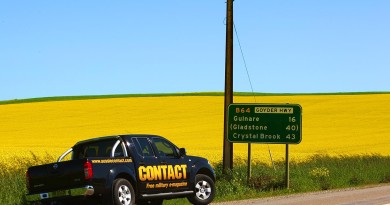 The worst first blog ever!

One thought on “Chapter 35: Nigel and the Nui Thi Vai”