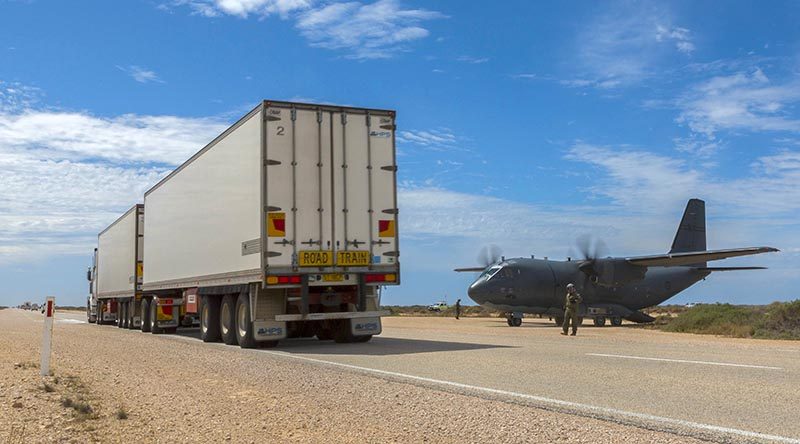 Whoever said there was nothing to see on the Nullabor Plains didn’t account for a pair of Royal Australian Air Force C-27J Spartans dropping down to share the bitumen as the RAAF recently showed off the versatility of its newest workhorse.

CAPTION: A Road Train passes a C-27J Spartan from No 35 Squadron at Chadwick Roadstrip along the Nullabor Plains, South Australia. Photo by Corporal David Gibbs.

The activity was conducted as a series of capability demonstrations and mission rehearsals in remote Western Australia and South Australia from 16-20 October 2017 under the title Exercise Spartan Dawn.

A Defence spokesman said these activities demonstrated a key advantage of the Spartan over all other aircraft in the RAAF inventory – namely that is not limited to traditional landing surfaces such as runways.

“The activity was also an opportunity to conduct engagement with local stakeholders for the use of the various landing sites, including South Australia Police, The Royal Flying Doctor Service and other Defence organisations,” the spokesman said. 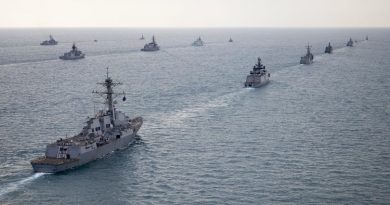 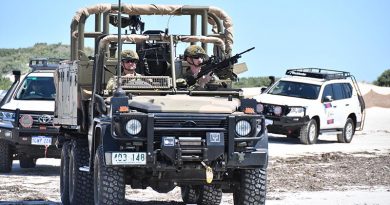 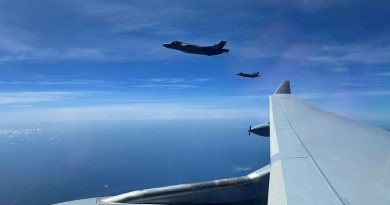