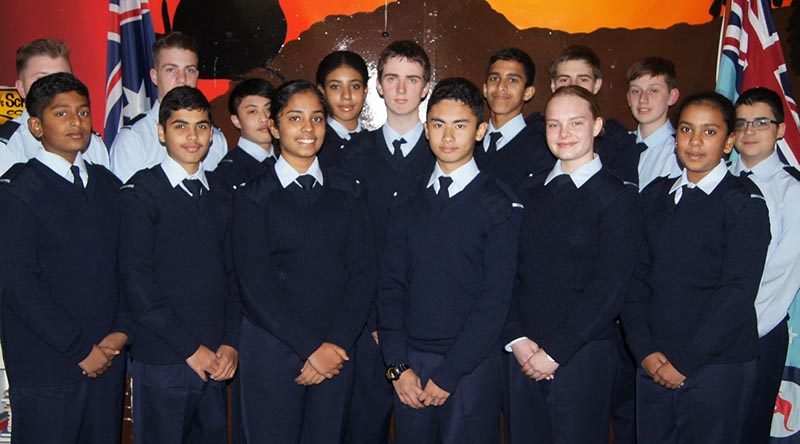 No 604 Squadron, Australian Air Force Cadets at Hampstead Barracks in Adelaide’s northern suburbs has been busy this year with training and ceremonial activities, but its members have still found the time to qualify for various awards.

A team of 604 Squadron cadets took part in the 2017 Catalina Cup Competition on the Queen’s Birthday long weekend.

They successfully retained the 6 Wing Service Knowledge Trophy for the second year in a row, and also won the 6 Wing Aircraft Recognition trophy.

The competition team was led by Cadet Sergeant Michael Santos, a Silver Award recipient in the Duke of Edinburgh’s International Award and an aspiring pilot.

Meanwhile, a Recruit Graduation ceremony was held for 17 new cadets (main photo) who have completed Recruit Stage and are now undertaking Basic Stage.

In this ceremony, with many parents and friends in attendance, the Squadron’s newest cadets were ‘Patched’.

The AAFC does not officially have the rank of ‘Recruit’. The tradition of ‘Patching’ cadets has been adopted by some squadrons – which involves the CO calling each newly-qualified cadet forward, congratulating them on passing Recruit Stage, and giving them their Certificate and Squadron Patch. It is a way of officially welcoming them as qualified cadets into the Squadron.

Particular congratulations goes to the winner of the Dux of Recruit Stage trophy and prize – Cadet Junshi Zhao.

The IPB may be awarded annually for meeting specified criteria based on personal standards, active program participation, personal and organisational development, and participation in community or public ceremonial activities.

A special guest on the night was Flight Lieutenant (AAFC) Rae Nicholas, the 6 Wing Duke of Edinburgh’s International Award Coordinator.

Pilot Officer (AAFC) Paul Rosenzweig, the Squadron Duke of Edinburgh’s International Award Coordinator for 604 Squadron, said, “This is a great achievement for these five cadets through their own personal endeavours, earning a badge they can wear with pride on the AAFC uniform”.

Leading Cadet Jenkins has already continued on to the Silver Award, and has taken on the role of Assistant Squadron DEA Coordinator for 604 Squadron, a role which Cadet Sergeant Michael Santos has ably filled for the last two years. 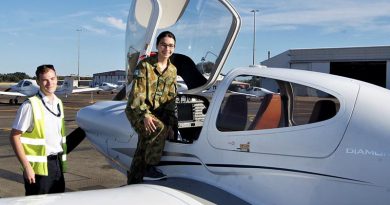