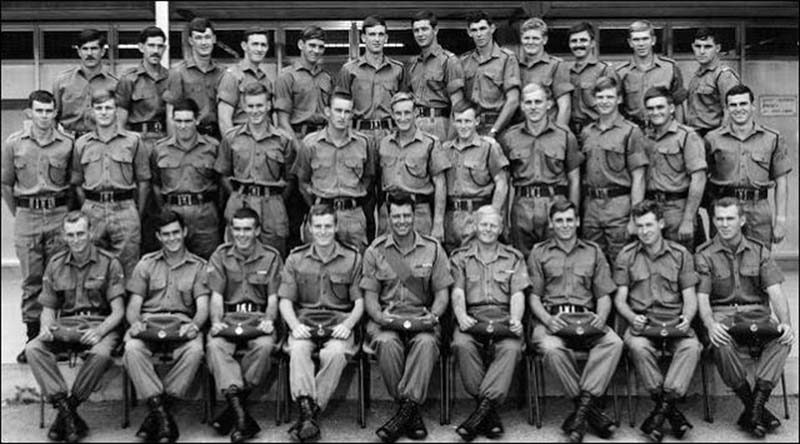 LOOK OUT VC – HERE WE COME!

They have big ants in Queensland, some are an inch long and they are very aggressive.  As you pass them they rotate their bodies so they are ready to pounce.  They also have big mosquitoes, big leeches and big spiders in Queensland.  Luckily I haven’t seen any hairy legged spiders; I’m really scared of them.

The Army issues us some stuff to defend ourselves against these creepy crawlies.  They come in two coloured plastic containers, grey and green.  The grey container is to deter crawling things from crawling on you and feasting on your body.  It is supposed to be super effective against ticks, but super ineffective is more like it.  We don’t apply it to our skin but rather we squirt the stuff into the seams of our uniforms.  Maybe I’m being picky, but I still managed to disturb a couple of ticks feeding on me.  But who knows, without this stuff I may have had 10 ticks feasting on me.

I think they banned the stuff in the green bottle.  It is not pleasant to use but it is essential against mosquitoes.  As you rub it on your flesh it applies instant warmth to the skin, or maybe it’s burning the layers off your skin!  We smeared it onto our uniforms because it was pretty dangerous stuff.   It made the glass in your watch go all funny and if you laid your arm on your groundsheet after having rubbed some of this goo on your arm it would melt parts of the groundsheet and it would stick to your arm.  It was a powerful brew.  It was really great on leeches though, they’d go all rubbery like.

I mentioned it was in a squeeze bottle.  By squeezing the bottle and lighting the stream of fluid you had an instant flame thrower which was great for dealing with ants.  The only trouble was more of their mates turned up so you had to move anyway.

I had a full bottle of the green stuff as we flew to Shoalwater Bay somewhere between Townville and Brisbane, a training area that is still used by the Army today.  This was to be our last exercise and most of it is a blur.  When you are a dumb grunt you do the same stuff in the bush – it’s called a routine.  Is it any wonder then that my brain gets all jumbled up with what happened, where it happened – and in  what sequence?

Two things stand out in my memory of Shoalwater Bay – the DS and the enemy.  They had completed a tour of duty in Vietnam.  They knew their stuff and we were here to learn from them.  I was impressed with Capt. Arsepaper.  ‘Arsepaper’ was his response when a dumb grunt gave a silly answer to one of his questions.  He was very tall and had blonde hair.  His lectures were very entertaining.  He was a class act.  We’d be out in the bush somewhere patrolling away, moving forward slowly, searching our arcs, and then suddenly I’d spot him leaning up against a tree just looking at me.  He turned up everywhere.

Killer and I couldn’t put it over the other DS either.  Our manic routine with me haring off into the scrub with the machine gun when they killed Killer off to distract the DS so he would catch up with me later didn’t wash with these guys.  They knew all the tricks.  Brownie got caught out too.  He was carrying an M72 rocket launcher sans rocket.  He slung it over his shoulder and everytime he went to ground the tube would bang him on the head.  Whilst going through a creek during an assault on the enemy he flung it away.  At the end of the activity when the DS were debriefing us, the DS sergeant suggested to Brownie that he go back and get the M72 he threw away.

Our last big attack was spectacular.  There was a creekline and the enemy were dug in with bunkers on the other side.  The plan was to sprint towards the enemy while a simulated artillery bombardment was taking place, we would then fire and move through the bunker system and take it out.

First up we all nearly got wiped out by the simulators.  Apparently the DS were not expecting such a gung ho start and we were on top of the simulators when they were going off – gee that certainly fired up the adrenalin.

Killer and I got separated and I recall there was just me and Davo, taking it in turns to crawl ahead and engage the enemy.  He would cover me when I crawled forward and I would cover him.  If you got up and ran the DS would say you were dead.  So we crawled all the way.

The dead enemy were strewn all over the place and they had fake plastic wounds.  One guy was holding his guts and it looked like all his guts had come out.  Another had an eye poking out from his hand on his face.  They looked great, I should have taken a picture but there was a battle raging you understand and we were in full attack mode.

The DS told Davo he was wounded in the leg.  Any self respecting digger would roll over and take a break from the proceedings, but not Davo, he kept going uphill crawling and dragging his so called wounded leg after him.  He was still yelling out orders to our section.  Go Davo.

But the DS hadn’t finished with him yet.  They told him he was now wounded in the other leg.  Davo simply kept crawling and yelling out orders while dragging both legs behind him now.  What a hero!  Those VC had better look out when Davo and 5 section turn up!

Soon we were on our last leave before deployment.  The Army flew us home, but I elected to drive with Ian C so that he could get his car home seeing as he lived at Rye Park, about an hour’s drive from Cootamundra. He owned a Hillman Arrow, a similar car to the Hillman Hunter that won the London to Sydney marathon, but without the heavy modifications of course.  We had so much gear in the car that the back was weighed down a bit, something we didn’t notice until nightfall when the lights on high beam were only good for spotting possums in the trees.

Heading south for 43 hours is not easy.  I vividly recall a comet in the southern sky, I’m sure the headlights beaming up at that angle made it brighter.  The night sky was full of stars of course.  During one of my night driving stints I thought I noticed something shining on the road ahead.  The road ahead was empty, quite narrow and flat, so I was driving down the centre of the road, red dirt drifted in making it hard to see the edge of the road.  I hesitated for a moment and took my foot off the accelerator; then I jammed on the brakes.  Standing in the middle of the road was a rather large black and white cow.  The white patches were stained red from the red dust.  The shining bit was the reflection from its eyes.  Ian C was instantly awake as I sailed past the cow just hitting its tail as it wandered off the road.  Boy that was close.

We had a puncture.  Ian C stopped at a servo near Sydney but we were unable to get it repaired so we pushed on.  Just near Yass, only an hour or so from home we got another puncture.  Ian C flagged down a car and got a lift to Yass to get it repaired.  I stayed with the car parked on the side of the road.  I was having a snooze when a car pulled up.  You won’t believe this but the people recognised the car as they knew Ian C.

In a week or so we fly to South Vietnam. 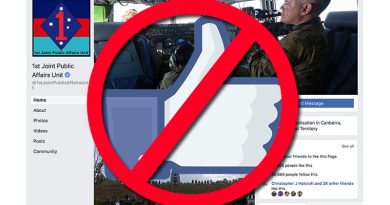