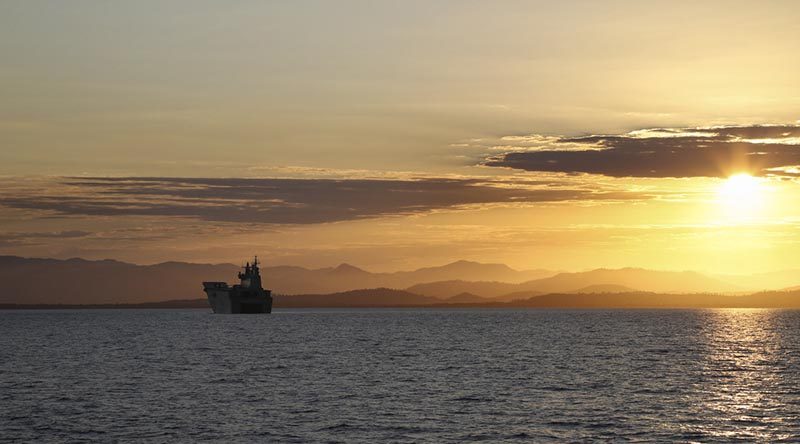 The Australian Defence Force put out a press release today that said Royal Australian Navy, Australian Army, US Army and US Marines today embarked on HMAS Adelaide in Brisbane for transit to South Australia where they will join Exercise Hamel.

However, the same press release went on to say, “The transit on HMAS Adelaide from 15 [yesterday!]-23 June …”

Also, after listing the four forces involved, the press release said the activity “provides an opportunity for both forces….”

“The training better positions Australia and the United States to respond together to regional contingencies, such as a need for humanitarian assistance and disaster relief, which would include the delivery of aid supplies, personnel and equipment to countries in the region”

– which is obviously the main reason why the forces travelled with assault rifles, heavy machine guns, grenade launchers, anti-tank weapons, armoured vehicles etc etc etc – or, wait, would that be because Exercise Hamel is a combined-arms war-fighting exercise designed to enhance interoperability on a BATTLEFIELD?

But apparently not – Defence spin doctors actually insist it’s all about humanitarian aid and disaster relief, going on to remind us that…

“At its peak, approximately 1000 ADF personnel helped to provide shelter, access to medical facilities and other emergency relief.

“This year the 1250 US Marines involved in the Marine Rotational Force-Darwin are participating in a number of activities with the Australian Defence Force in Australia including Exercise Southern Jackaroo in Queensland, Exercise Hamel in South Australia and Exercises’ Koolendong and Kowari in the Northern Territory.

“Australian and US Marine forces are working together to increase practical cooperation with other countries in the region in a manner that promotes security and stability.”

Aw, how sweet. I feel all warm and fuzzy.

Or maybe that’s just the vomit now spilt all over my lap.

Sorry dear reader – but this type of pathetic, politically-correct spin-doctoring bullshit gets right up my nose.

This press release, was probably written weeks ago and intended for release to coincide with HMAS Adelaide’s departure from Brisbane (presumably yesterday?) – but took so long in the last-minute, high-level clearance processes that it was actually published a day late – but without correcting the timeline that would make it accurate.

And, IF this press release ever had any real information or news about Exercise Hamel and what the Marines and Army were about to do, then that was probably sanitised through the clearance process to the point where it became this late, pathetic piece of bullshit that says very little of any value whatsoever.

And with no photos to support it!!!!
(file photo of HMAS Canberra used)

Contrast this Australian press release with the one produced by the US Marines on the same topic, which we published under the headline
US Marines embark on HMAS Adelaide – CONTACT editor smiles 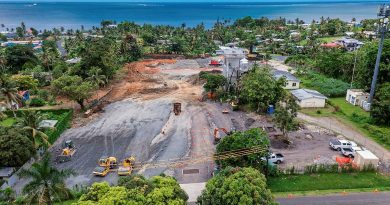