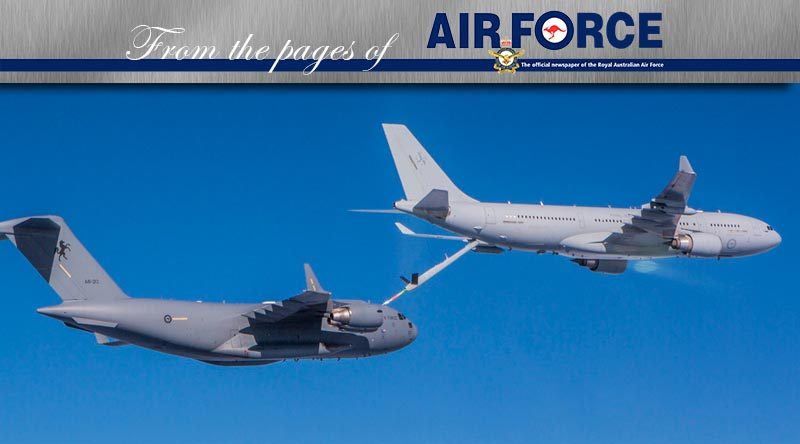 During six hours of testing on April 27 and 28, the KC-30A multi-role tanker transport and C-17A Globemaster made repeated contacts as part of the clearance program for the KC-30A’s aerial refuelling boom system.

The ability to conduct air-to-air refuelling of a C-17A increases the aircraft’s range, making it capable of carrying heavy payloads further.

CO Aircraft Research and Development Unit WGCDR Daniel Rich said working closely with No. 33 Squadron, No. 36 Squadron and the US Air Force during the testing and clearance program was integral to success.

“Our testing used a team of ARDU flight test aircrew [test pilots, flight test engineers and flight test system specialists] along with pilots and aerial refuelling operators from the operational squadrons working together on the program.

“Our testing program is not just of benefit to the RAAF but, through close cooperation with the USAF flight test system, this clearance activity will also provide a meaningful contribution across allied test and evaluation activities,” he said.

The KC-30A is cleared to conduct boom refuelling with the E-7A Wedgetail as well as other KC-30As. Successful completion of the trials will add the C-17A to this list.

The trials are being conducted by the Air Warfare Centre, which was formed in January 2016. The AWC has the mission to deliver integrated air warfighting solutions for superior combat effectiveness.

“The AWC’s Test and Evaluation Directorate is driving the innovation through our integrated approach,” he said.

“This is a great example of how Air Force, through Project Jericho, is positioning itself for the future. Clearance programs like this are critical to establishing the RAAF as a modern and fully integrated combat force.”

The KC-30A’s aerial refuelling boom system is compatible with refuelling the F-35A Lightning II, as well as the E-7A Wedgetail, P-8A Poseidon, and other KC-30As.

Each KC-30A is also equipped with two hoseand-drogue refuelling pods that are compatible with the RAAF’s classic Hornet and Super Hornet strike fighters, and the Growler electronic attack aircraft. 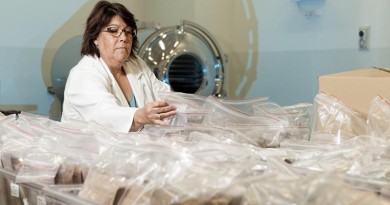