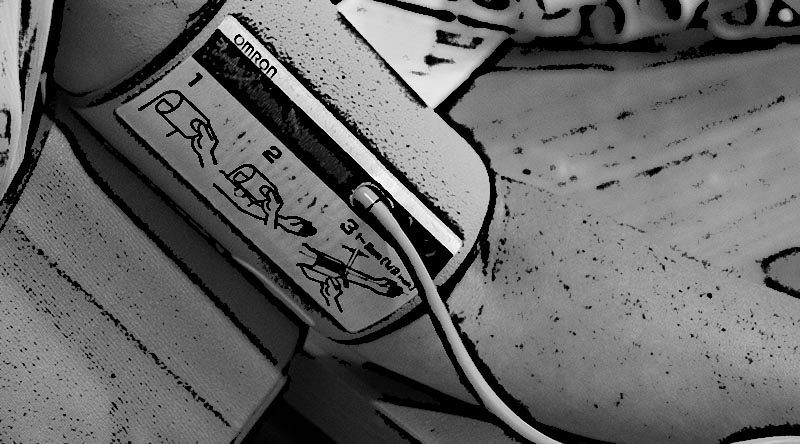 We had only just arrived and the first thing they did was to give us a medical.

“Did you get on the wine last night?” as he pumped away on this thing around my arm.

“No I didn’t get on the wine last night.”

“Go and lie down over there.”

Thirty years later I saw that medical report.  The blood pressure reading was 140/90.  Not bad for a skinny 19 year old on his first day in the Army.

Next, the Psych Centre

What a motley crew we were, a group of gangly teenagers who seemed to be all arms and legs, standing in two ranks outside a red-brick building somewhere in the bowels of Kapooka Army base wondering what on earth we were in for.  I was worried about the bloke with shoulder length hair, he is certainly going to cop it.  At least the rest of us had sense enough to get a haircut.

We were ushered into classrooms with plenty of paper sitting on the desks.  For the next few hours we were required not only to write our names a zillion times, but they actually gave us a number of tests.  I recognised them from my school days.  They were called aptitude tests then and they were used to help us decide on a vocation for when we left school.  They suggested I do engineering or printing as apparently I was good at maths and fitting things together.  I became a clerk.

Based on my results of the Army testing (although I didn’t know it at the time), I was selected for officer assessment so I think it is important to share with you how I conducted the tests because anyone who knows me will wonder how the Army got it so right.

You see I left Cootamundra High School in 1967 with an average pass in the Higher School Certificate.  This was the first year of this certificate.  I did not matriculate.  For the next 18 months I worked with the Forestry Commission as a clerk, first in Wagga Wagga and then in Tumut.  My job was issuing royalty accounts to saw millers for timber extracted from the forests. It involved a lot of calculations, additions, checking and rechecking of accounts.  Each log was measured and I had to calculate the superfootage of the log, grade it into its various categories, apply the current rates, total it all up and Bob’s ya uncle.  Although we had tables to use, I still remember the formula for calculating the superfootage of a log…. ¼ of the centre girth in inches squared multiplied by the length in feet/12.  I think they just weigh the semitrailers loaded with logs now.

So how did this help?  Well I must have developed above average clerical skills, enough to wow these Army dudes.

Lemme give you an example.  In the Army tests we had to check sequence of numbers that were listed down the page.  A normal person would check list A with list B one digit at a time.  Because of my clerical work experience I was able to go down five digits in list A then check the five digits against list B.  I’d then check five more digits in list B and check them back against list A, and so on.  In effect I was only moving from one list to the other after every 10 digits, not for each single digit as most people do.  Neato huh?

No wonder the Army thought I was a genius.

They took us to lunch.

Imagine the biggest dining hall you can and double or triple it.  I dunno maybe the mess halls were the size of a football field packed full of hungry green clad noisy recruits.  It was chocka! Into this cauldron of overblown bravado and bodies full of testosterone we went still dressed in civies.  I was behind the guy with the long hair.  A corporal took us in.  As we burst in through the door, the hall fell silent.  The recruits started to hoot from a very low tone which slowly raised in pitch and crescendo until they were all banging on the tables.  “You’ll be sorry, you’ll be sorry, you’ll be sorry” was the catch phrase.

They did fucking quieten down eventually. 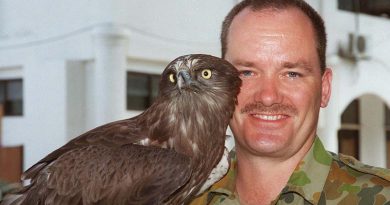 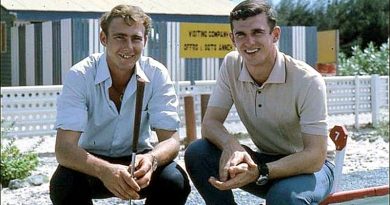 Chapter 36: Vung Tau – Rest in Country and the Bar Girls! 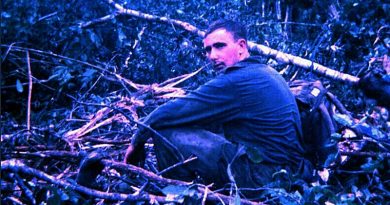 Chapter 55: Our time is getting short