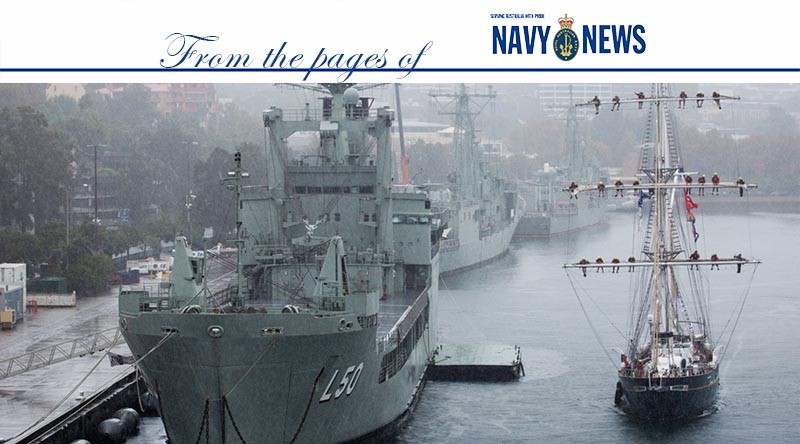 YOUNG ENDEAVOUR’S
VOYAGE OF A LIFETIME

IT MAY have been wet and dismal in Sydney when the crew of Sail Training Ship (STS) Young Endeavour returned on March 17, but the weather didn’t dampen the spirits of the crew as they returned from an unforgettable 12-month voyage circumnavigating the world.

CO Young Endeavour LCDR Gavin Dawe, who is on his third posting to the ship, and second as CO, said the voyage had a number of highlights.

“Sailing around Cape Horn was a high point of the voyage because not many ships or captains go that way anymore,” he said.

“Participating in a sail-past with other warships at the Centenary of Anzac Dawn Service at Gallipoli, and later laying a wreath, was a really moving experience, especially with the young crew.”

LCDR Dawe said what he enjoyed most about Young Endeavour was the youth development program.

“It’s a really good program as far as self-development is concerned,” he said.

“We’re seeing young Australians grow through their experiences in the ship.

“I’ve seen more than 2000 young Australians go through the program.”

According to LCDR Dawe, people benefited from the experience because it got them out of their comfort zone.

“They learn to work as part of a team and it takes them away from their normal experiences,” he said.

LCDR Dawe said Navy members who volunteered for a posting to the ship underwent an 11-day suitability assessment and if they made the grade they were posted to the ship for two years.

“There are 15 Navy staff members who work with Young Endeavour, but only nine actually in the ship,” he said.

“They work on rotations of 12 days’ duration with two voyages on and one off.”

When Young Endeavour isn’t at sea, she goes through twice-yearly maintenance cycles with six weeks in April-May, and two to three weeks in September.

Executive Director Young Endeavour Youth Scheme Stephen Moss welcomed the ship’s return to Australia, marking the completion of a five-year project to undertake a circumnavigation of the world.

“The scheme has been offering voyages in STS Young Endeavour for over 28 years, providing development opportunities for more than 12,500 young Australians, and a further 10,000 youth from organisations supporting those with special needs,” Mr Moss said.

“To have provided the opportunity for more than 200 young Australians and 30 Navy crew to represent Australia on the world stage – particularly at the Anzac Centenary Commemoration and the 2015 Tall Ships Races – is a remarkable achievement.

“I am proud to have led the small team that achieved this. Its dedication and hard work behind the scenes has, for the best of reasons, gone on mostly unnoticed.

“This included the planning of the entire 2015 world voyage and port visit program, the excellent logistic support to Young Endeavour, and the coordination of youth crew joinings and departures in all overseas ports – all of which was outstanding.

“A tall ship provides a unique and powerful environment to conduct outdoor education because it immerses trainees in novel and completely unfamiliar situations where they are compelled to adapt,” Mr Moss said.

Trip off the chart, says navigator

TWO trans-Atlantic crossings, catching a cable car up to Cape Town’s Table Mountain, and sailing through the North Sea in company with 80 other tall ships was how one Navy officer spent part of 2015.

From navigation challenges in Europe, such as the Corinth Canal in Greece, the English Channel and the tall ship races, LEUT Riley trained her replacement on two trans-Atlantic crossings before disembarking in Cape Town, South Africa.

LEUT Riley arrived at Cape Town’s Victoria and Alfred waterfront in late November and said the city was fantastic.

“We received an amazing welcome, from both the people on the wharf and some local seals and humpback whales,” she said.

The world voyage crew joined local youth for a community cricket clinic, and also volunteered to paint a school in the township of Durbanville.

“We visited Robben Island, and had an opportunity to tour the region before the ship set sail for the final voyage home to Australia,” LEUT Riley said.

“Crossing the Atlantic from Rio de Janeiro was my final passage of the voyage.

“Awesome winds allowed the ship to sail the whole way, which was fantastic, and we got really close to lots of wildlife – whales, seals, and lots of fish.”

“The flat seas we experienced when we left Rio soon became big swells as we got going into the Atlantic Ocean.

“We also had the opportunity to sail in company with the Chilean Navy tall ship Esmeralda.”

LEUT Riley posted to Young Endeavour because she wanted a different Navy experience.

She said working in Young Endeavour brought challenges that a navigator wouldn’t encounter on other Navy ships, such as the amount of notice to find anchorages and rendezvous points.

“I’ve never been in company with 80 tall ships before, and that, as well as navigating through all the spectator craft, is something I would never do otherwise in the Navy,” LEUT Riley said.

“The atmosphere was great, and everyone was there to have a good time sailing, working hard, and meeting other tall ship sailors.

LEUT Riley would definitely recommend a posting to Young Endeavour for other navigators.

“The weather and environmentals are not something I had previously considered as a navigator,” she said.

“When you are driving a warship and have maximum power available at all times you don’t get this experience. “Instructing is also very rewarding.

My current posting is as a divisional officer at ADFA, so working in Young Endeavour with a similar age group, who are also civilians, has been really helpful.

“When the new Navy, Army and Air Force cadets arrive, I’ll be well placed to help them make the transition to military life.”

Captain shares thoughts in log on the last leg

WELCOME to the final night of Young Endeavour’s 2015 world voyage.

of Young Endeavour’s 2015 In the 12 months that we have been away from Australia we have sailed more than 35,000 nautical miles, visited 18 countries and embarked over 200 young Australians, six New Zealanders and one trainee from Malta, who have all contributed greatly to the success of the world voyage and who I am sure will remember this experience for the rest of their lives.

For the staff and crew of Young Endeavour this year has been a huge challenge.

Rounding Cape Horn, participating in Centenary of Anzac commemorations at Gallipoli, taking the ship back to the United Kingdom for the first time since she was built 28 years ago, participating in the North Sea Tall Ship Regatta with the world’s great tall ships, crossing the Atlantic Ocean on three separate occasions and finally rounding the Cape of Good Hope, crossing the Indian Ocean and arriving safely back in Australia, has been a major achievement for all of us and we are extremely proud of these achievements.

The majority of the staff crew has completed just over eight months of the world voyage, which is a long time to be away from their families and they have done an amazing job.

Never once have they lost their focus or passion for the ship and program that we proudly run, and all of them are great ambassadors for Australia and the RAN.

Working behind the scenes supporting the ship is the Young Endeavour Youth Scheme which has done a wonderful job with the selection of world voyage crews, logistical support and even providing staff to meet and farewell crews and to organise tours in some of the ports.

Without their continuing support this voyage would not have been as successful as it has been.

You are a wonderful group of young Australians and it has been a pleasure to have you on board and to share this great adventure with you.

This will be the final Captain’s log for the world voyage, as the ship will now go into a reduced activity period until the next youth development voyages. 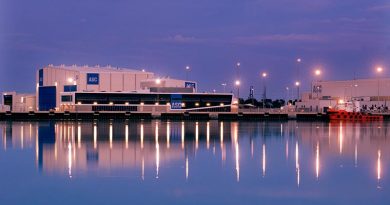 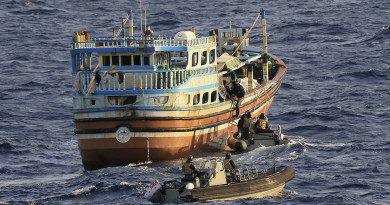