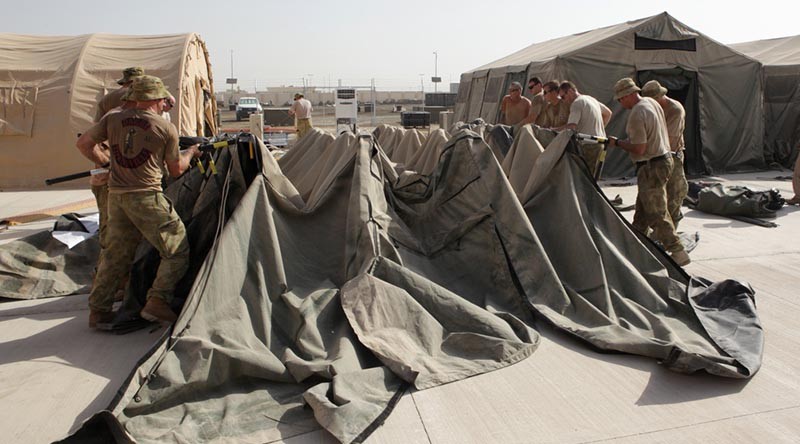 The importance of bonding in the field.

My unit loves to go camping. In fact, we make sure to get out and pitch our tents — without fail — once a year.

Traditionally, this takes place during the busy ‘bring as many yanks into the country as possible season’ so that as many people as possible can witness a 46-year-old man being attacked by his own tent. In my defence, I have to say our tent is very large; especially when it is laying flat on the ground.

If we hadn’t lost the step-by-step instructions that came with it a hundred-or-so years ago, I’m sure the assembly process would be a lot easier because, as a SNCO, I could use it to, step-by-step, blame everything on having lousy soldiers to perform the task. What this means is that over the Shoalwater Bay season my handiwork will again be mistaken for a Greenpeace hot air balloon that has crash-landed into my units campsite.

I tried to find the smallest tent available. This turned out to be a handy, two-compartment structure roughly the size of a jet hanger. Despite its size, the RQ assured me that the assembly process was very simple. He said that the entire thing could be erected in less than 20 minutes with a little planning.

And he was right.

As long as the plan includes staying out of the tent.

For some reason, it collapses on me every time I go inside. I’m not talking about an inconvenient buckling of the walls; this is more like an instantaneous implosion of water-resistant canvass that required the assistance of a search and rescue team:

“Listen up! Team ‘A’ will start at the west quadrant near the mosquito netting. Team ‘B’ will take the dogs and follow the perimeter until we can —”

“Quick — over HERE! I think someone’s moving under this giant door flap!”

In spite of these experiences, I still feel it’s important for our unit to go camping together. That’s because, as a SNCO, I know our kids really hate it. I mean, sure — it’s pretty exciting while the CSM is flopping around under 200 meters of canvass. But once that’s over, and I’ve decided that we’re all going to sleep out under the stars LIKE REAL GRUNTS! They begin to realise that everything they know about civilization has been left behind.

And by “everything,” I mean phones and tablets. In the primitive world of camping there are no Smart Phones. No X-Boxes.

There is only dirt.

And, if they’re lucky, enough fire to cook a tin of baked beans. 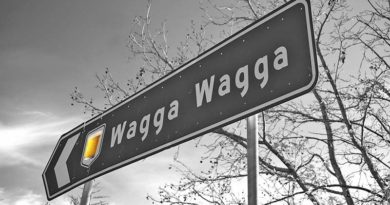 Chapter 9: Yippee – we get local leave

2 thoughts on “The importance of bonding in the field”