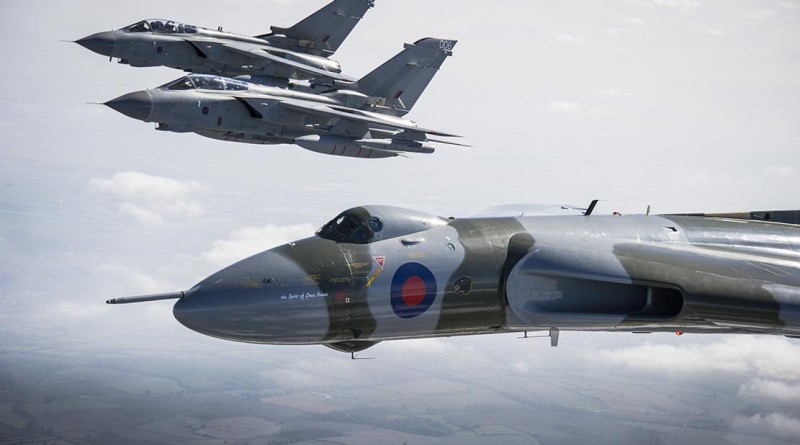 Modern bomber vets of past and present RAF combat missions paid tribute to the heroes of Bomber Command in a fly-past over Lincolnshire yesterday.

A 12 (Bomber) Squadron pilot who flew on the sortie said, “It was a real privilege to fly one last time with such a historic and magnificent aircraft”.

“It was a fitting tribute that the RAF’s current bomber, the Tornado GR4, escorted the old Vulcan bomber – a once-in-a-lifetime opportunity, which we were very proud to be a part of.”

The RAF Marham-based Tornado squadron, which this year celebrated its centenary, has a distinguished list of battle honours including combat operations in Iraq, being the first GR4 unit to operate in Afghanistan, and supporting long range bombing raids against Gaddafi-regime targets in Libya.

Britain’s only flying Vulcan, which this year completes its final flying season, was the first B2 bomber delivered into RAF service on 1 July 1960 and, at 55 years old, is the last and oldest of its type anywhere in the world.

Despite 24 years service in the RAF, the Vulcan was only once used in anger – against Port Stanley in the Falklands in the famous ‘Operation Black Buck’ mission to deny the Argentines use of the airfield. 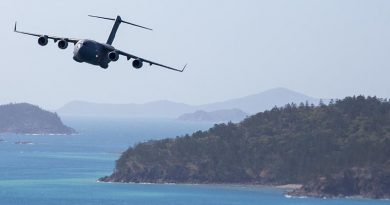 May at the Shrine 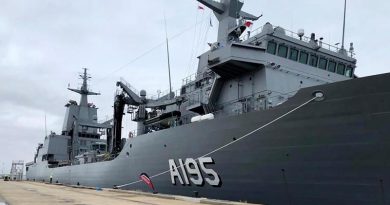