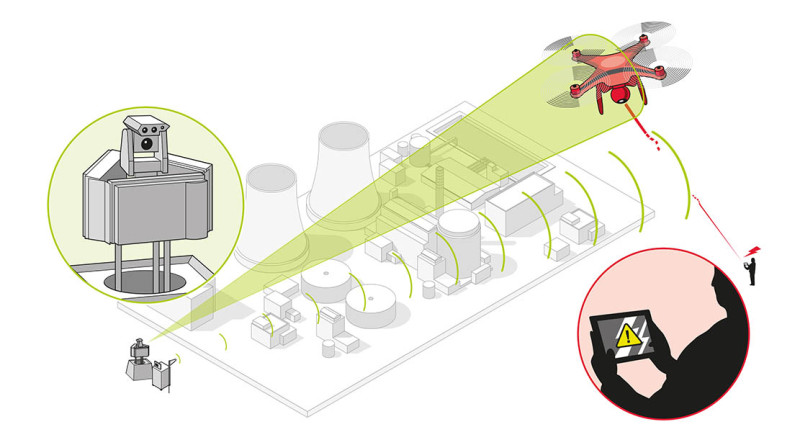 Airbus Defence and Space is getting serious about an emerging security threat – cheap private drones used with malicious intent.

The aerospace giant has developed a counter-UAV system that detects illicit UAV intrusions over critical infrastructure at long ranges and deploys electronic countermeasures to minimise the risk of collateral damage.

Head of the electronics business line at Airbus Defence and Spacel Thomas Müller said that all over the world, incidents with universally available small drones have revealed a security gap with regards to critical installations such as military barracks, airports, nuclear plants etc.

“As a specialist in defence electronics, we have all the technologies in our portfolio and the integration knowledge which is needed to set up a quick-response protection system with extremely low false alarm rates,” he said.

“It uses operational radars, infrared cameras and direction finders from Airbus Defence and Space’s portfolio to identify the drone and assess its threat potential, at ranges between 5 and 10km.

“Based on an extensive threat library and real-time analysis of control signals, a jammer then interrupts the link between the drone and its pilot and/or its navigation.

“Furthermore, the direction finder can track the position of the pilot who subsequently can be arrested.”

He said the smart responsive jamming technology developed by Airbus Defence and Space could jam signals only in the relevant frequencies used to operate the drone while other frequencies in the vicinity remained operational.

In fact, more sophisticated measures like remote-control classification and GPS spoofing could also be used, which would allow the system to actually take control of the drone.

Airbus says their counter-UAV system has been tested extensively at Airbus Defence and Space’s own premises and during customer presentations in Germany and France and, depending on the required configuration, operational systems would be available from mid-2016. 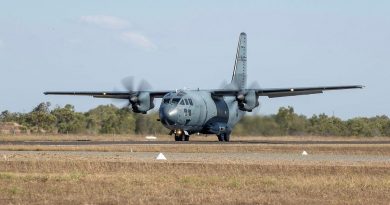 Spartan to enhance response and engagements