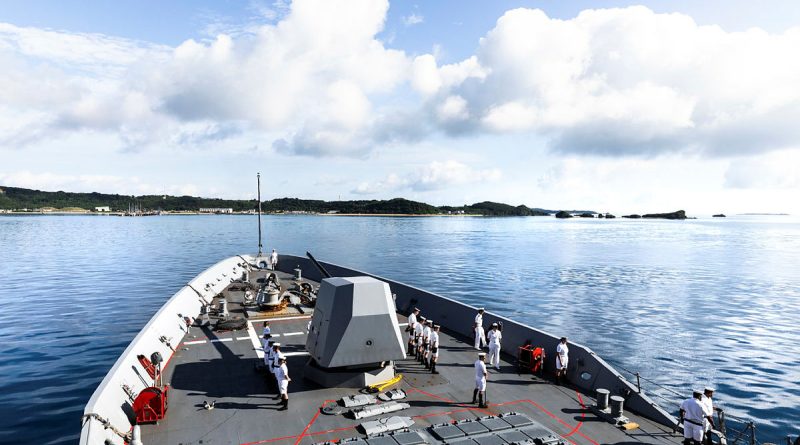 Hobart flew the UN flag while alongside at White Beach Naval Facility, a dual-flagged United Nations – United States base.

“It’s a beautiful ship and I am really proud that we are able to support Hobart here these last few days,” Captain Dziekan said.

“I wish them the best as they continue their mission in this area of responsibility.”

Commander Pepper thanked Captain Dziekan for the strong support of base staff.

“All round it was a successful visit,” Commander Pepper said.

“Coming to White Beach Naval Facility has given us really great insight and flexibility if required moving forward through our deployment.”

Australian Embassy Tokyo Naval Attaché Commander Simon Brown, who serves as a UNC-R liaison officer, said it was fantastic to have Hobart visit White Beach under the UN flag.

“It was a very visible demonstration of Australia’s contribution to international efforts to maintain regional peace and stability, specifically on the Korean Peninsula,” Commander Brown said. 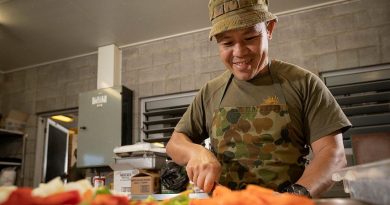 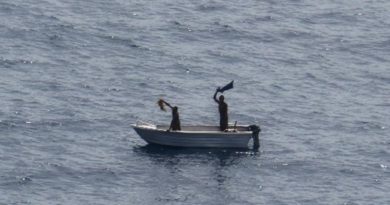