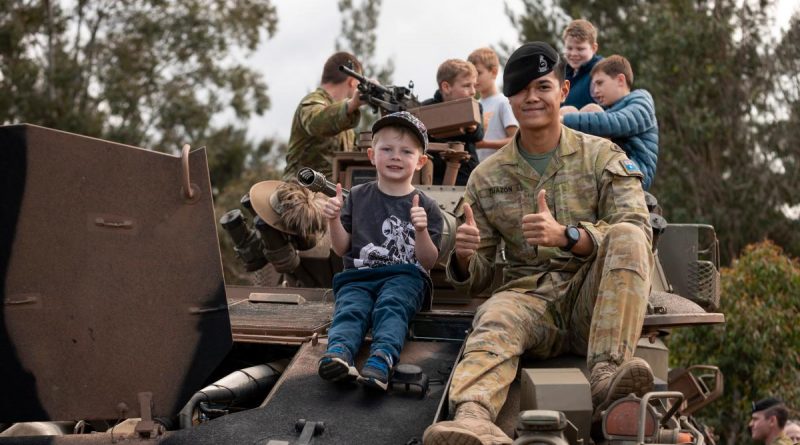 About 20,000 people registered for the Gallipoli Barracks Open Day and were treated to a huge range of dynamic and static displays.

Units from Gallipoli Barracks have always had a strong relationship with the community, but even more so over the past few years as they have assisted during national emergencies.

A section attack from the 8th/9th Battalion, Royal Australian Regiment (8/9RAR), and a RAAF C-27J Spartan flyover were two of the popular displays.

Captain Henry Swindon, from Headquarters 7th Brigade, was responsible for much of the day’s planning, and was pleased with how it panned out.

“7th Brigade has been assisting the local community over the past few years with bushfire recovery, the recent floods and COVID-19,” Captain Swindon said.

“The community support has been great, as has the assistance from Defence community organisations, the RSL and plenty of other stakeholders. It’s been fantastic to see how many people want to come and help.

“We catered for families and the kids were stoked with the rides and food, plus there were lots of displays they could jump on and have a look at.”

CAPTION: Australian Army soldiers and a Military Police Dog from the 1st Military Police Battalion take down a Defence member in protective suit during a capability demonstration during the Gallipoli Barracks Open Day  in Brisbane. Photo by Corporal Nicole Dorrett.

Private Dylan Flemming was part of the 8/9RAR demonstration and said it was awesome to see how many people were interested in the way things are done.

“It’s really good to see families come to the open day, and witness how we work and operate as a team,” Private Flemming said.

“We all really enjoyed putting on a show for the crowd.”

People from all walks of life enjoyed the day and, with doors opening earlier than expected, next year’s event is sure to be even bigger. 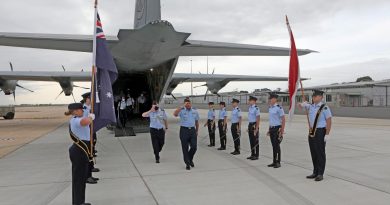