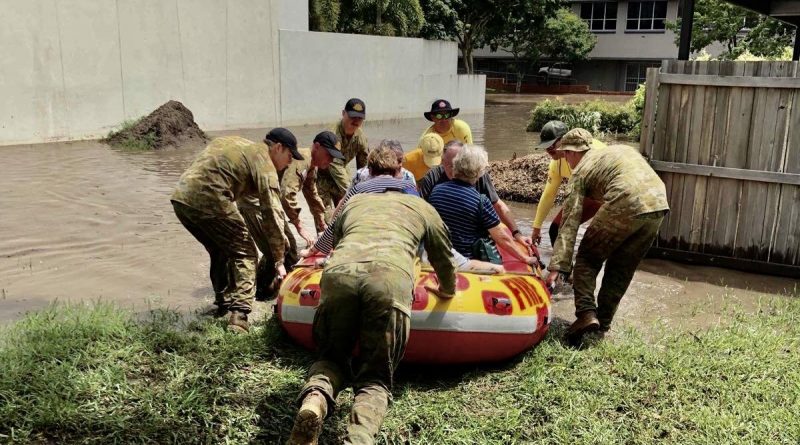 Soldiers from the 5th Battalion, Royal Australian Regiment (5RAR), helped evacuate more than 100 aged care residents from two facilities in Brisbane yesterday during the worst of the flood emergency to hit the Queensland capital.

The 5RAR riflemen used their four-wheel-drives to take vital medication to the facilities and then ferried residents to dry land and into the arms of awaiting loved ones.

The soldiers, from Darwin, are part of the ADF support to the aged care sector, and had been doing general duties in the facilities in Brisbane.

5RAR section commander Corporal Alexander Johnson said the team had seen residents and staff struggling through waist-high water and realised they could use their vehicles to speed up the evacuations.

“We were already helping Queensland Fire and Emergency services move a small boat across the water, but we found a route for the four-wheel-drives that allowed us to really speed the process up,” Cpl Johnson said.

“The two vehicles were moving people and supplies from 9am in the morning until about 5.30pm that afternoon and we must have helped evacuate at least 100 people during that time,” he said.

The Brisbane facilities were without power and the ground floor of one of the aged care centres was filling with water.

Private Xi Rui Chen, who worked directly with emergency service and police personnel on the day, said it was rewarding to be part of the evacuation effort.

“The emergency services resources were stretched thin, so for us to be able to contribute was both rewarding and challenging,” he said.

“But seeing the relief in people’s faces when they were reunited with their loved ones was very satisfying.”

With the floodwaters in Queensland now receding, the 5RAR contingent are now turning their efforts to helping with the clean-up. 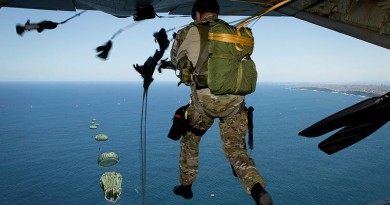 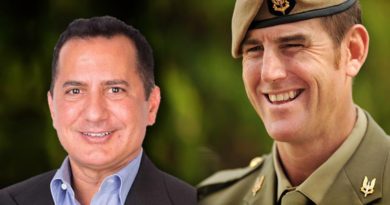