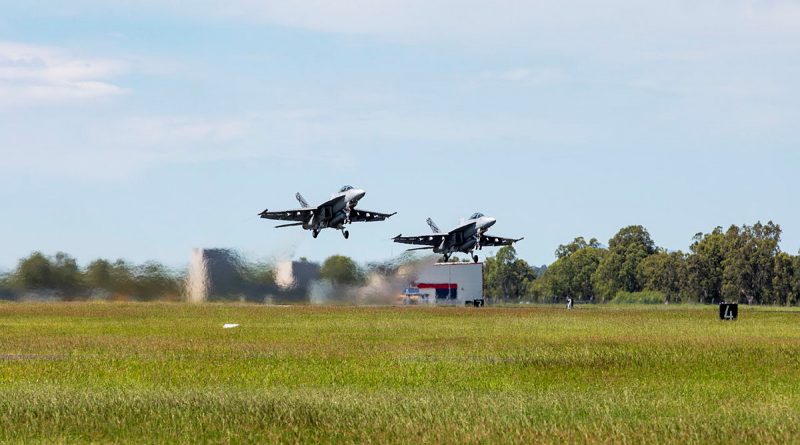 Four new pilots and weapons systems officers completed the training with No. 82 Wing’s Training Flight at RAAF Base Amberley in Queensland in early December.

The eight-month operational conversion course covers all facets of Super Hornet operations from the basics of flying the aircraft through to conducting complex tactical sorties.

Squadron Leader Glyn Williams, No. 82 Wing instructor, was impressed with the qualities of the aircrews on the course.

“The calibre of the trainees is very high,” Squadron Leader Williams said.

“They’re very motivated, have a strong work ethic and have the ability to take on feedback and learn.”

As a team of two, the F/A-18F aircrews need to develop a special bond where trust in each other and teamwork are integral to their success.

“Teamwork is key when it comes to operating the Super Hornet,” Squadron Leader Williams said.

“Our crews work together, live together when we deploy, but most importantly we fly and fight together.”

Pilot Officer Henry Mander, one of the course graduates, agreed teamwork was crucial for the aircrews.

“Our pilots and weapons systems officers are trained to be able to pick up on almost every part of each other’s job, and the expectation is that we will perform to an equal level for the areas where our jobs cross over,” Pilot Officer Mander said.

“We’re able to support each other and back each other up in everything we do.”

There are three main phases to the course: the conversion phase, the air-to-air phase and the air-to-surface phase.

The conversion phase teaches the participants how to fly the aircraft in all weather and handle possible emergencies. The air-to-air and air-to-surface phases involve dealing with threats and targets using all the weapons capabilities of the aircraft.

The course culminates in merging all the phases together in presenting complex, multi-faceted sorties to test each aircrew’s skills.

Graduates move onto the next stage of their careers flying the Super Hornets with No. 1 Squadron, also based at RAAF Base Amberley. 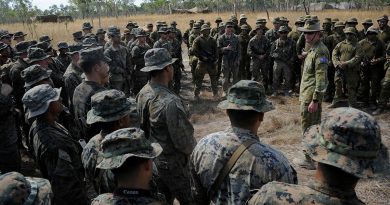