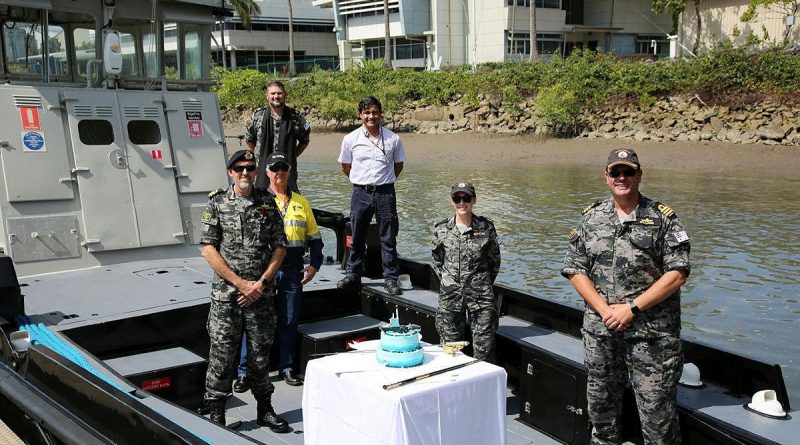 The original designer and port services crew were joined by Commanding Officer HMAS Cairns Commander Glenn Williams and Chaplain Bradley Galvin at the small boats pontoon for the celebrations.

Resplendent in a fresh coat of paint with her call sign flying proudly, Otter was saluted with cake and a blessing for 40 more years of good service.

One of 22 aluminium workboats built by North Queensland Engineers & Agent (NQEA) in Cairns in the 1970s and 80s for the Navy and Army, Naval Workboat Otter is the last left afloat.

Traditionally referred to as ‘black-and-whites’, workboats were used at ports across the country. Seven of the vessels saw service with Army, the only difference from the Navy models was the choice of a General Motors engine instead of the Caterpillar.

The workboat’s design was ahead of its time, making use of steering nozzles and an in-built dive station. NQEA went on to build the Fremantle Class Patrol Boats and the Leeuwin Class Hydrographic Survey Ships.

“She’s been a stalwart of the auxiliary service fleet in Cairns for longer than the ships she’s supported,” he said.

“These boats were an iconic part of Navy’s waterfront operations, and Otter is keeping that tradition alive.”

Otter has served Cairns and fleet units faithfully as a harbour utility, dive tender, and training vessel throughout its life.

Its port services crew is looking forward to her continuing service over the next 40 years. 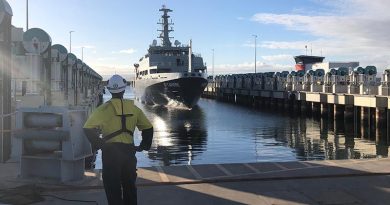