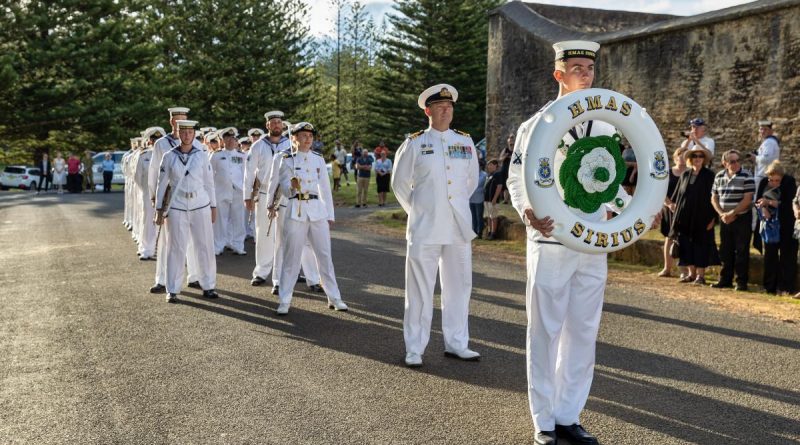 CAPTION: The ship’s company of HMAS Sirius stands ready to step off for a march through the streets of Norfolk Island as part of a final visit to the ship’s ceremonial home port. Story by Lieutenant Jessica Craig. Photo by Leading Seaman Sittichai Sakonpoonpol.

With the ship due to decommission in December, the crew has organised a commemorative tour around Australia, fitting of the ship’s legacy.

Commanding Officer Sirius Commander Christopher Doherty said the crew planned the tour with the intent of celebrating the ship’s achievements with as many of the people it serves as possible.

“Sirius has proudly represented the Royal Australian Navy in a significant amount of exercises and operations throughout the past 15 years,” CMDR Doherty said.

“Each port visit during this tour will offer us the opportunity to pay tribute to the ship’s history and previous crews, as well as reaffirm our relationships with the people we serve and will continue to as we move on to new postings.”

The tour launched with a port visit to Darwin followed by Norfolk Island on November 8, then Hobart and Albany before a homecoming celebration at Fleet Base West, Perth.

Of all the stops, the visit to Norfolk Island – the ship’s ceremonial home port – was particularly significant for the crew and community.

“As Norfolk Island is our ceremonial home port we have a very strong connection there and it was important for us to visit that community one last time,” CMDR Doherty said.

“While we were there we conducted a third and final freedom of entry and participated in a number of community engagement activities.”

Norfolk Island was selected as the ship’s ceremonial home port following petitioning from the island’s residents who have a strong historical connection to HMS Sirius, which was shipwrecked off the coast in 1790.

HMAS Sirius previously exercised freedom of entry on the Island in 2007 and 2009.

As for the rest of the tour, the crew members hope they can share their stories and that of the ship’s with everyone who joins them along the way.

“Support ships such as Sirius and the incoming Supply-class are absolutely integral to our Navy remaining at sea and protecting our region,” CMDR Doherty said.

“Any opportunity we have to meet the communities we serve and provide insight into what we do and why is an absolute win in my book.” 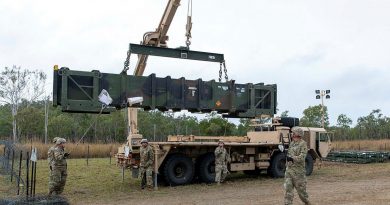