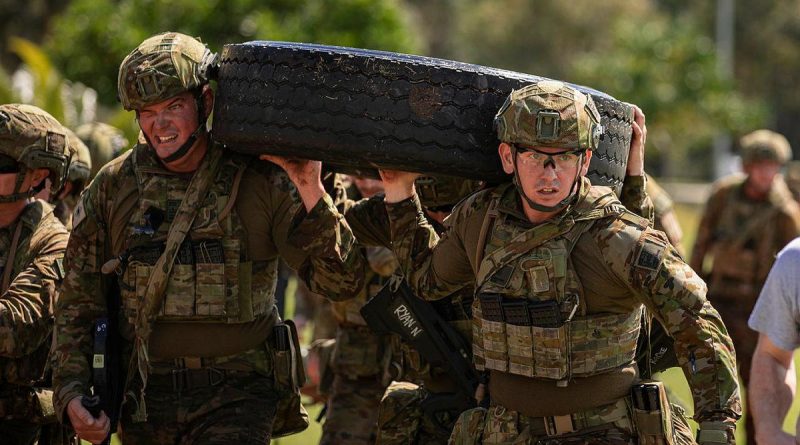 “The troops were able to engage with members from other sub-units within the battalion and also be exposed to other units within 7th Brigade,” WO1 Carpenter said.

To finish up, the troops endured a punishing four-hour activity led by physical training instructors.

Lieutenant Jacob Duchesne, from the winning 6th Platoon, said the exercise was a rewarding experience.

“The challenge was excellent. There was significant buy-in from units across the brigade using subject-matter experts from other units and the Combatives Centre,” Lieutenant Duchesne said. 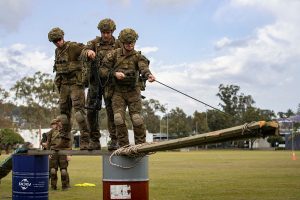 The winning platoon was made up of members from the 106th Field Workshop, 5th Transport Squadron and 6th Field Supply Company.

Lieutenant Duchesne said he was proud with how his team performed.

“The wet weather, combined with some challenging stands, definitely tested the platoon, especially the culminating activity, wrapping up with a stores carry back to the battalion,” he said.

“Despite this, all members of the platoon completed the activity, and we managed to come back from third place to win the CO’s Challenge on the final day.” 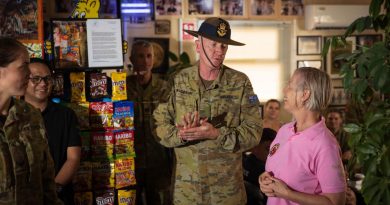