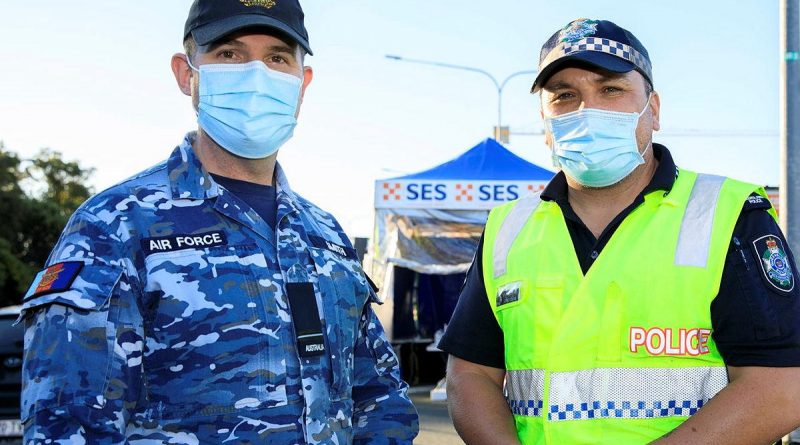 Turning up to work for his first day at the Gold Coast Highway police control point, Flying Officer Brett Smith was not expecting to see a brother in blue he hadn’t seen for more than 10 years.

Likewise, Senior Constable Jared Cowan was astonished to see his friend arrive at the checkpoint.

Flying Officer Smith and Senior Constable Cowan both enlisted in the Air Force in 2006 and were posted together for a few years at RAAF Base Edinburgh in South Australia.

“It is such a great thing to be working with Brett again. He was terrific to work with at RAAF Edinburgh, but it’s been so long since we have seen each other,” Senior Constable Cowan said.

“I can’t wait to have him over to the family home and catch up properly.”

They were great mates at work at Edinburgh, but also worked out together, enjoying a rigid fitness regime of a 4-5km run most evenings.

Nowadays, those runs occur with a little less frequency, they said with a chuckle, given their family commitments.

“Working together after such a time is going to be awesome, and my ADF platoon have an important task supporting the Queensland Police Service as they monitor border movements – I think it is great to see the boys in blue on a task again.”

The ADF is supporting police checkpoints as part of Operation COVID-19 Assist at up to 12 locations including the Gold Coast Highway, Coolangatta, Stanthorpe, Goondiwindi and further west.

This contingent is in addition to the approximately 270 ADF personnel who are already supporting Queensland state authorities in tasks such as quarantine compliance management at hotels. 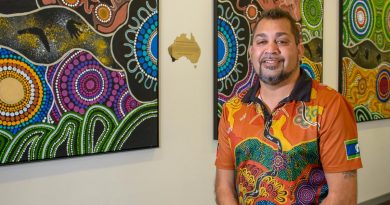 A colourful story of history and connection 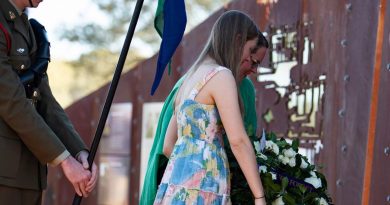 One thought on “Mates reunited at border checkpoint”