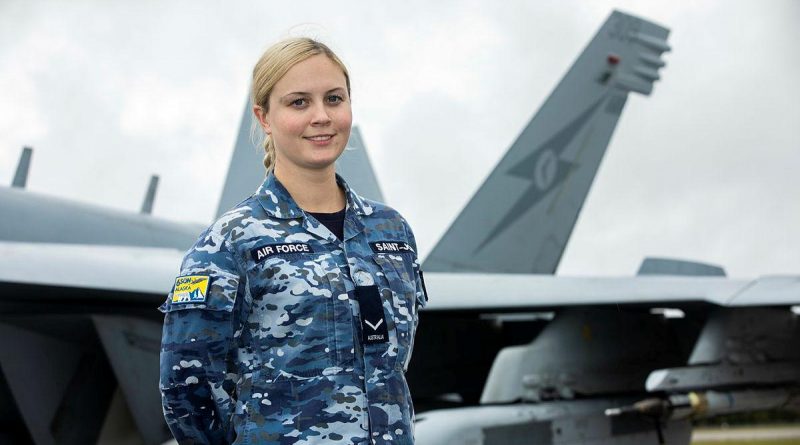 CAPTION: Leading Aircraftwoman Alexandra Saint-John, of No. 6 Squadron, with an EA-18G Growler aircraft on the flightline at Eielson Air Force Base in Alaska. Story by Flying Officer Bronwyn Marchant. Photo by Sergeant Rodney Welch.

The former horse trainer ensured the aircraft were ready for the next mission.

As an avionics technician from No. 6 Squadron, Leading Aircraftwoman Saint-John’s primary responsibility was to provide specialised electrical servicing for the EA-18G Growler, as well as flightline duties such as marshalling aircraft returning from flight.

Despite a significant amount of rain during the exercise, the challenging weather conditions did not dampen her spirits.

“Usually our aircraft are undercover and protected from the rain, but deploying to Alaska, we were fully exposed to the elements, so we had to manage those risks.

“It had been very much a situation to adapt and overcome – we had to remain very flexible with everything that was going on around us.

“The exercise was extremely rewarding having the opportunity to work alongside the other squadrons and aircraft, it’s been a real eye-opening experience.”

No. 6 Squadron Growlers and personnel participated in Exercise Red Flag Alaska 21-3 from August 12 to 27.

The exercise aimed to strengthen the integration between United States Air Force and RAAF capabilities.

Previously working as a horse trainer, Leading Aircraftwoman Saint-John made the switch to working on fast jets when she enlisted in the Air Force in 2018.

“I grew up in Mount Eliza, Victoria, and worked as a stablehand while I completed my high school studies before I promoted to foreman in the manager’s role for the stables,” Leading Aircraftwoman Saint-John said.

“Eventually I made assistant trainer and had a client base of about 200 people and 45 horses.

“Being an avionics technician is fun and rewarding, so I think getting to work on fighter jets for a career is pretty amazing.

“I haven’t previously travelled much, so I am so grateful for these opportunities and excited to see what comes next.” 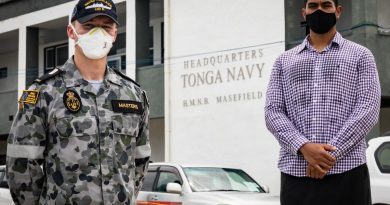 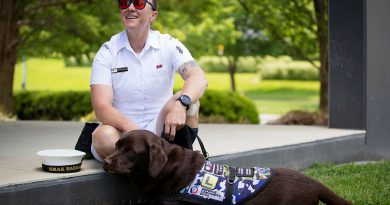 A change in vision brings opportunity 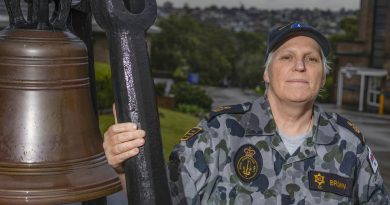