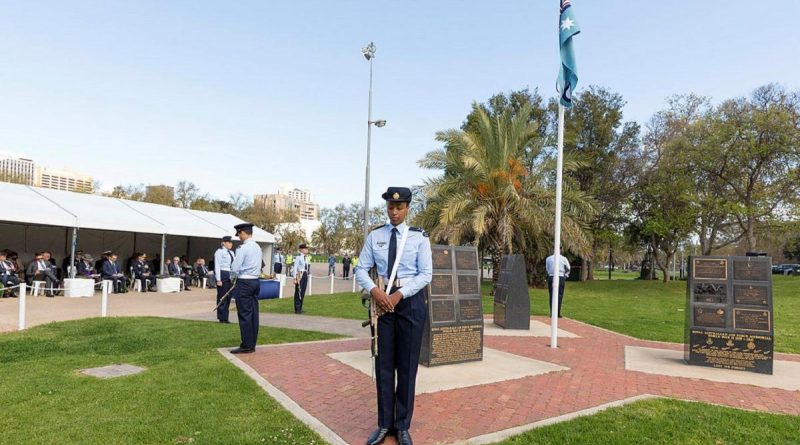 Eighty-one years since the “few” saved so many in the Battle of Britain, the famous World War II air battle was commemorated in South Australia on September 18.

The British prime minister at the time, Winston Churchill, dubbed the aviators who fought in the battle “the few” in a famous speech after their victory.

Members of the South Australian division of the Air Force Association, veterans and RAAF Base Edinburgh personnel commemorated the Australian, British and Allied aviators who took part in the battle with a service at the Torrens Parade Ground, Adelaide.

1RSU’s Corporal Rebecca Proctor, who commanded this year’s catafalque party, has a special connection to the battle as she is a dual Australian/British citizen.

“It is an especially significant honour to be the catafalque party commander during the commemoration, and even more so to be a part of 1RSU, which represents the 2021 version of the radar and command and control units and personnel, who played such an important part in the success of the air battle.

“We remember the sacrifice that allows us to stand here today in safety, and reflect how those who gave their lives empowered us to reach the milestone of a centenary of RAAF service and prepared us to continue the Air Force commitment to Australia for the next century.”

Commanding Officer 1RSU Wing Commander Richard Harrison said those who were lost during the battle were remembered.

“To those who served in the Battle of Britain 81 years ago – who gave and risked all – their names will be forever etched in history as aviators who fought in one of the greatest air battles ever fought,” Wing Commander Harrison said.

“Their contribution and sacrifice will never be forgotten.”

Wing Commander Harrison went on to highlight the bravery of one of the Australian pilots who took part in the Battle of Britain.

On September 2, he shot down a German Messerschmitt ME 109 fighter aircraft.

Five days later, he was shot down and died as his parachute failed to open.

“Few South Australians would know of the young pilot from the famous McLaren Vale winemaking family, who distinguished himself in the skies over England as a brilliant aviator, but who tragically perished in the world’s greatest air campaign on the day he was meant to go back to test-flying duties,” Wing Commander Harrison said. 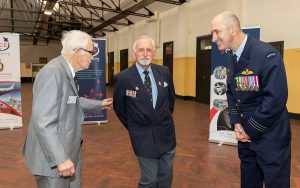 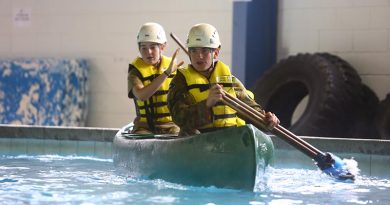