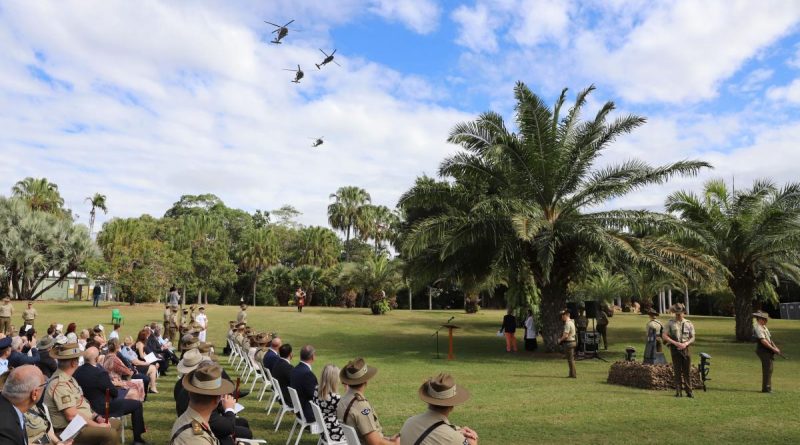 The Australian Army’s 5th Aviation Regiment has commemorated the 25th anniversary of the 1996 Black Hawk accident in Townsville, with a service at The Palmetum in Townsville, including a helicopter formation flypast.

CAPTION: Army soldiers past and present, family members of those killed and several personnel injured in the 1996 Black Hawk helicopter training accident for a commemorative service in Townsville to mark the accident’s 25th anniversary. Photo by Trapper Lisa Sherman.

During training for counter-terrorism operations on the night of June 12, 1996, two Australian Army Black Hawk helicopters collided in the Townsville Field Training Area.

As a result of the accident, there were 18 fatalities in total; 15 from the Special Air Service Regiment and three from the 5th Aviation Regiment.

At the service, Chief of Army Lieutenant General Rick Burr acknowledged those who lost their lives and were injured, their families, and the brave efforts of those who responded to the accident.

“Today we remember our fallen who have made the ultimate sacrifice in the service of their country and those who still live with the injuries from that day,” Lieutenant General Burr said.

“We recall the sadness and shock we felt when we heard about the accident at Fire Support Base Barbara in the Townsville Field Training Area on June 12, 1996.

“We must not forget heroic acts undertaken by personnel at the scene, who despite the confusion, acted bravely and quickly to evacuate the injured.”

Defence remains committed to ensuring current and former serving ADF personnel and their families have access to support available through the:

•    Defence All-hours support line – The All-hours Support Line (ASL) is a confidential telephone service for ADF members and their families available 24 hours a day, seven days a week by calling 1800 628 036.

•    Open Arms – Veterans Families Counselling Service provides free and confidential counselling and support for current and former ADF members and their families. They can be reached 24/7 on 1800 011 046, or visit the Open Arms website for more information. 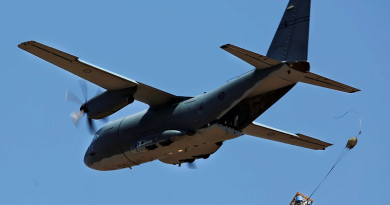 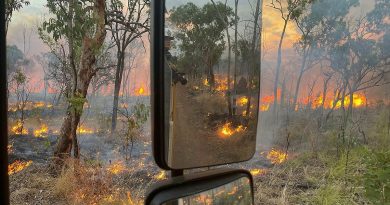