Coffs Harbour woman Yvonne Hall has been sentenced to an aggregate of 16 months imprisonment for misappropriating close to $148,000 as Secretary for the Pozieres Remembrance Association, a charity that sold bricks to raise money for an Australian war memorial in France.

Ms Hall, the 2016 recipient of the prestigious French Legion of Honour award, will serve her sentence in the community by way of intensive correction order, under supervision, with 100 hours of community service.

According to documents tendered to Coffs Harbour Local Court, the association was formed in 2010 to commemorate Australian soldiers who died during the Battle of Pozieres during World War 1 and in 2014, began selling $50 commemorative bricks to build a memorial garden in Pozieres.

NSW Fair Trading Executive Director of Investigations and Enforcement Valerie Griswold said the department began looking into the association and Ms Hall after receiving complaints from purchasers of the bricks who were concerned about the progress of the memorial.

“When Fair Trading became aware of the discrepancies, we launched an investigation that found as of 3 July 2019, 4259 bricks had been sold totalling $212,950, and this was discounting any funds the association had raised prior to and aside from the bricks,” Ms Griswold said.

“On that date, Ms Hall claimed during an interview that there was approximately $172,000 in the association’s bank accounts, when in reality there was only $94.50.”

“Our investigation found that between June 2012 and April 2019, Ms Hall had made 151 transfers from the association’s bank accounts to her personal bank accounts and the account of her partner, totalling $148,966.01.

“This is a huge amount of money to be misused but it’s all the more disheartening knowing it was donated by well-wishing consumers thinking it was contributing to preserving the memory of Australian soldiers.”

During Fair Trading’s investigation, Ms Hall made claims that there had only been a “couple of times” monies from the Association accounts had been spent on personal expenses, which may have involved the wrong credit card.

In April 2021, Ms Hall pleaded guilty to two charges of obtaining financial advantage and one charge of using false documentation.

Ms Hall has a right to appeal.

In 2016, Ms Hall and her partner were jointly awarded the Legion of Honour, the highest French order of merit, civil or military, for their work in raising awareness of the Battle of Pozieres and strengthening Australian-French relations 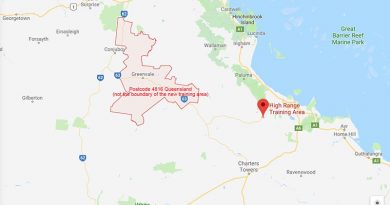