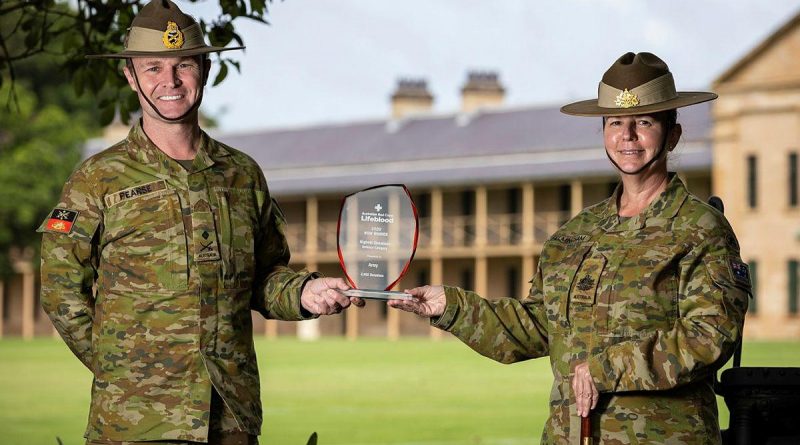 More soldiers rolled up their sleeves to give blood in 2020 than any other Red Cross Lifeblood team, helping Army reach more than 10,000 donations for the second year in a row.

Army recorded 12,940 donations nationally, after becoming the first organisation to surpass 10,000 donations in 2019.

Deputy Chief of Army Major General Anthony Rawlins accepted a small statue last month on behalf of Army in recognition of the achievement.

A similar award was accepted by Commander Forces Command Major General Matthew Pearse for soldiers in NSW, who won the state for the first time, beating RAAF by only 75 donations.

More came from Queensland (4871), with Townsville Blood Donor Centre the most popular site to give blood in the country.

Lifeblood group account manager Sally Gavin said donations spiked in September and December, which coincided with the start of the Defence Blood Challenge.

“Donations go to cancer patients, people receiving treatment for blood disorders and new mothers and their babies. We’d be lost without Defence.”

In 2019, the Australian Red Cross Blood Service changed its name to Lifeblood.

About a third of all blood donations come from Lifeblood teams, of which Defence is the greatest contributor.

Demand for blood increases by 10 per cent every year, according to Mrs Gavin, who was encouraged by the number of new Army donors.

About 370 soldiers gave blood for the first time in 2020, something she attributed to Army’s community-minded culture. 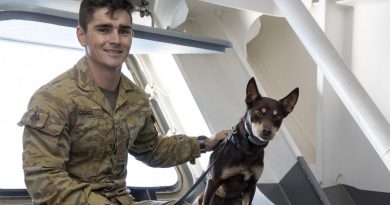