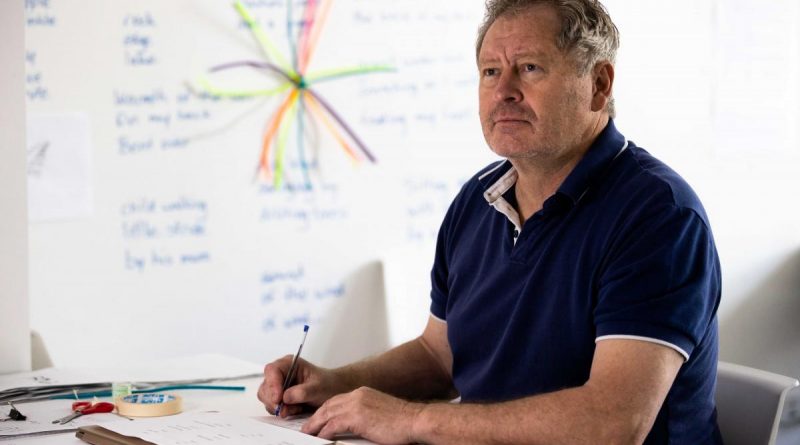 For Squadron Leader David Wilkinson the choice of creative stream in the 2020 Arts for Recovery, Resilience, Teamwork and Skills (ARRTS) program was clear.

CAPTION: Squadron Leader David Wilkinson in front of his creative writing wall as part of the ARRTS 20.1 program. Photo by Corporal Robert Whitmore.

“I can’t keep a beat to save myself so music and rhythm were out, and I’ve spent loads of time creating things with my two young kids, so I was happy with my visual arts pursuits, but writing drew me in from the start,” he said.

Squadron Leader Wilkinson had dabbled in poetry in his 20s, but hadn’t had any formal training, and joined the Air Force in his 30s, a service he is still extremely attached to.

A nurse by background, his service for more than two decades took a toll that eventually led to a diagnosis of PTSD, for which he spent two years in rehabilitation, but this year he was able to resume full-time employment working as an Air Force health policy officer in Canberra.

“The ARRTS program was recommended to me by my member support coordinator and it has been absolutely wonderful,” Squadron Leader Wilkinson said.

“There were four of us in the stream, all doing different styles of writing, but we had a session on haiku, which I’d never dabbled in before, and I was hooked.”

A haiku is a Japanese inspired poem consisting of three short lines that do not rhyme and often focuses on a moment in time using imagery from nature.

“It’s about grounding myself in the present, it’s about mindfulness, and it’s really been helping my recovery,” he said.

Before long, Squadron Leader Wilkinson was crafting haiku poems, including these.

Walking
On a path
With clouds

A bead of water
Drops
And breaks

But the journey was not without its challenges.

“I was very scared when I handed in my first piece of work; scared of being judged, scared of the feedback, but I was surprised by how helpful the feedback was and how supportive the mentors were,” Squadron Leader Wilkinson said.

In response to comments from the mentors, he rewrote some of his poems and was encouraged to read them out live at the spectacular end-of-program showcase, watched by families and friends of participants, including his partner and children.

“That was definitely frightening at first and with my 12-year-old son having done haiku at school, I knew I had to get it right,” he said.

The showcase night was a spectacular success and, reflecting back on the entire experience, Squadron Leader Wilkinson identified a range of benefits.

“I’ve been through ups and downs, a roller-coaster of emotions, self-doubt, and trepidation, but it’s all helped rebuild my confidence and I’ll take the clarity, brevity, and accuracy gained from the program back to my work role,” Squadron Leader Wilkinson said.

“We were in an environment where it was safe to explore without judgement, which allowed creativity to flow more freely and I now want to write a book of poetry for others and share the story.

“If that helps just one person, I think it’s a good thing.”

Since 2015 ARRTS  has been successfully facilitating the healing of ADF and emergency services personnel facing health and wellbeing challenges. 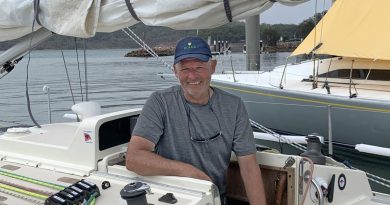 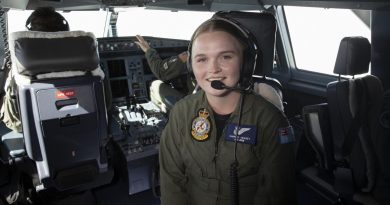 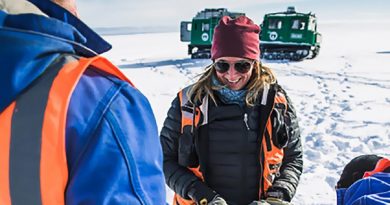