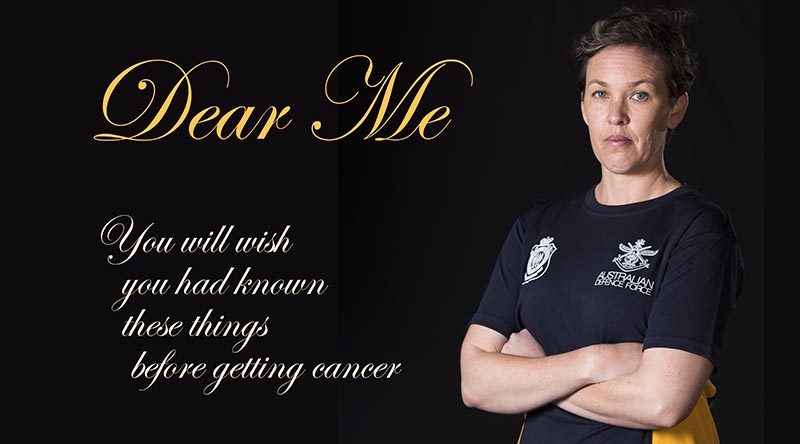 Major Ruth Hunt, who died on October 30 after a four-year battle with triple negative breast cancer, has penned an emotional letter to her pre-cancer self to remind everyone what is important in life. 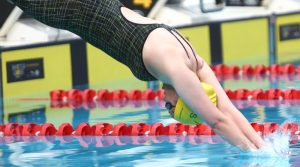 ABOVE: Ruth Hunt, then a captain in the Army, in her 2018 Australian Invictus Games Team uniform. Photo by Corporal Oliver Carter.
RIGHT: Captain Ruth Hunt in action at the Invictus Games in Sydney. Photo by Brian Hartigan

Ruth Hunt was just 34 when she was first diagnosed with stage three breast cancer.

After multiple surgeries and 12 months of chemotherapy she went into remission, but sadly, cancer returned.

She was then selected on the Australian Team for the Invictus Games Sydney 2018, taking away two Gold, one Silver and two Bronze medals in swimming.

She has left behind her loving family and her cherished husband, Lieutenant Colonel Andy Love.

Major Hunt (promoted in September 2020), asked that her letter be published in the hope her thoughts would help others…

You don’t know this yet but you’re going to have a rough few years in the future – far earlier than you might expect.

Don’t worry – as rough as it gets, it turns out you’re a lot tougher than you thought and you will have a lot more support than you could imagine.

Getting cancer at 34 will teach you a few lessons.

Along the way, you’ll have amazing experiences, so don’t fret, it’s not all doom and gloom.

You will get to meet Prince Harry; you will compete for Australia; you will become a lawyer and an Army officer; and you will travel the world.

You will find your human (he’s lovely!) and the friends you have in your early 20s, you will still have in your late 30s.

It will, however, be the end of you in this world – somewhat prematurely.

Cancer will teach you that you can still train, go out, dance, sing, cook, love, work, be a sister, girlfriend and friend.

The main lessons it taught me are listed below (because what lawyer doesn’t love a good list?)

Lesson one – ask for help

Mum always tells you the story of how you were playing with pieces of cloth as a one-year-old and that you were getting very frustrated because the cloth wasn’t doing what you wanted, but you wouldn’t let anyone help.

There’s also a great photo of you attempting to dress yourself as a two-year-old and failing miserably – again refusing help.

Getting cancer will teach you that, not only is it ok to ask for help, but it will actually make life a lot easier.

Lesson two – family is so important

In your 20s you will be so busy working and training that family gets a little too left behind at times.

You move to the eastern states and you are not very good at picking up the phone. You send birthday presents but they are usually late and when you do come home it’s for a whirlwind tour.

Cancer will teach you that family is everything. They will be the ones sitting next to you on the chemo ward, flying across Australia just to be with you, sending you care packages and flowers. It will not be workmates.

On top of this, you will find people who aren’t blood related – but they might as well be.

They are the friends who call, even after there’s bad news; there will be friends who support you and love you and accept you, even if you’re a very different person from the one they met.

Treasure your family and spend as much time with them as you can.

I promise you, you won’t be sweating on the small stuff when you are facing the end of your life.

In the grand scheme of things, missing a day of work because you have a cold is fine. It doesn’t matter that you got 69 per cent in an essay instead of 90 per cent. In the long run, no-one looks at your marks.

Working Christmas Eve instead of spending it with family is a really terrible idea. (You don’t even get paid more on Christmas Eve!).

You will make the magical and terrible mistake of buying a puppy two weeks after getting a double mastectomy.

Magical because Dougal is the greatest character ever.

Terrible because you will quickly find out that lifting puppies is difficult post-surgery.

But you will learn that sometimes just cuddling your dog is one of life’s great joys and that, post chemo, having a nice warm body lie with you is just what you need.

You will get your own dog one day. He will be all yours – weird and lovely and he will worship the ground you walk on. He’ll be your only dog ever and he will be wonderful.

You don’t know it yet but you are prone to saying yes to everything.

This is one of the biggest lessons cancer will teach you.

You will learn that you do not have to always say yes. Often, there are other people who can do the work.

You will learn that if someone gets a touch cranky when you say no, that’s not actually your problem, but theirs.

Cancer will teach you that a lot of people have been taking advantage of your generosity and kindness for a long time. The earlier you learn to say no, the better.

Travel as far and as wide as you can. Don’t worry about taking time off work – it will always be there when you get home.

As a wide-eyed, borderline fan girl law student, you and your friends will be dumbfounded when the Hon Justice Michael Kirby tells you how he drove across China and Russia in a Kombi when he was a young lawyer. At the time, you will be so busy applying for law internships that you can’t fathom the idea of taking that much time away from your floundering career.

Do it. There are so many places for you to explore. Go to Africa while you can and yes, Europe is amazing but there are a lot of different places to explore beyond Europe.

There are so many places to go but, by the time you’re 34, cancer means you won’t be able to travel anymore.

These are the lessons you will learn.

You will wish that you had known them before getting cancer.

An Invictus Games spokesperson said the Invictus Games family was “shocked that someone with such joy for life and boundless energy will shortly leave us”.

“As an Australian team member she is the essence of courage, resilience and duty, showcasing the epitome of the Invictus spirit and showing the world that anything is possible when you have the will.

“Ruth is a strong role model for anyone going through adversity, inspiring onlookers from around the world as she competed in the Games – and against cancer – with tenacity and courage.”

Hornet creates a buzz at Williamtown 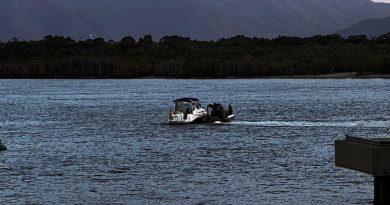 3 thoughts on “Army major pens deathbed letter to younger self”