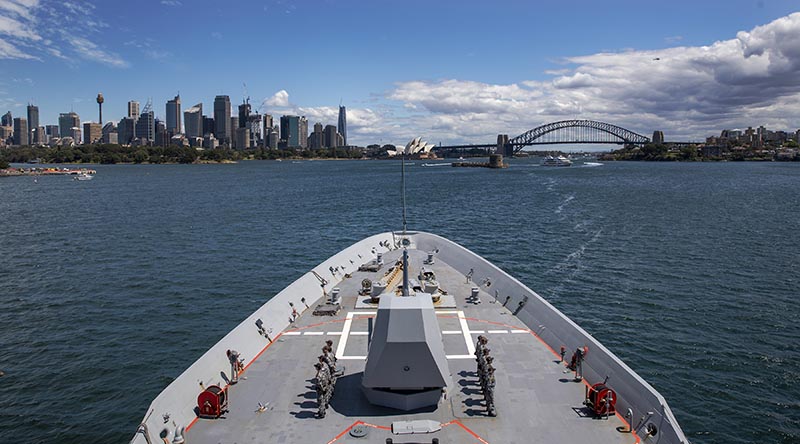 The Royal Australian Navy has completed its largest deployment of the year, with all of the Regional Presence Deployment 2020 Task Group returning home after three months of engagement with regional partners.

CAPTION: HMAS Hobart returns to her home port of Fleet Base East in Sydney after the successful completion of Regional Presence Deployment 2020. Photo by Leading Seaman Christopher Szumlanski.

As HMAS Hobart sailed into Sydney yesterday, it marked the final ship arriving home after a busy Regional Presence Deployment.

The remainder of the Task Group included HMA Ships Canberra, Stuart, Arunta and Sirius, all of which arrived home earlier.

“The Australian Defence Force conducts regular military-to-military engagements throughout the Indo-Pacific, to demonstrate that our commitment to our regional partners remains solid and our desire for a stable and secure region is a priority,” Minister Reynolds said.

“I commend the more than 700 ADF personnel who spent the past three months working alongside our partners, demonstrating our capability and showing themselves to be professional and resilient.

“This regional deployment demonstrates how Defence has adapted to the COVID-19 crisis, quickly and effectively adopting COVID-safe practices.”

Key milestones of the deployment included:

Captain Hay said it had been an honour to lead the Task Group and she was extremely grateful and proud of the efforts of the professional Royal Australian Navy’s officers and sailors.

“The Regional Presence Deployment 2020 was conducted during a global pandemic which presented new challenges to how we conduct military operations,” Captain Hay said.

“The mission has also been enormously successful, achieved through hard work and true-blue Australian strength of character,” Captain Hay said.

“We have demonstrated Australia’s ongoing commitment to the region, and further developed our interoperability and cohesiveness with partner nations, maintaining a secure, stable and peaceful Indo-Pacific.”

Because of the coronavirus pandemic, the ships conducted only a few logistics visits outside of Australia, resupplying and refuelling in accordance with strict protocols to mitigate COVID-19-related risks. 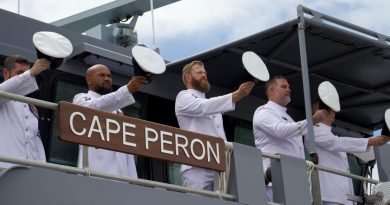 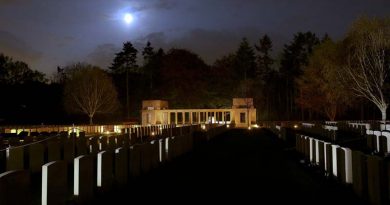 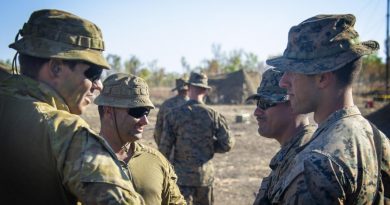