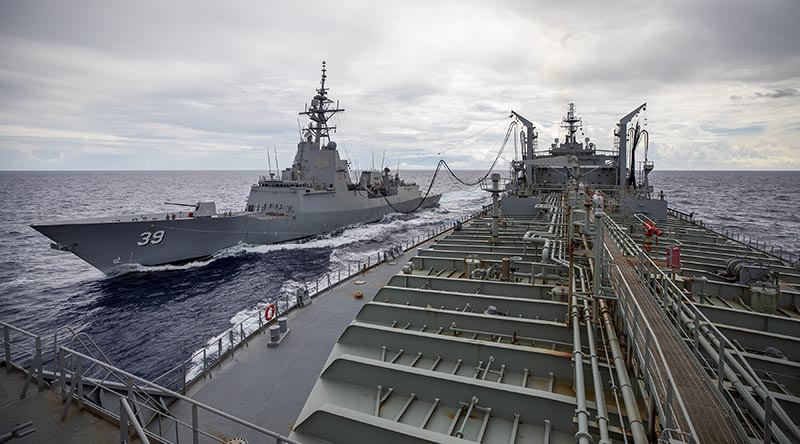 HMAS Sirius achieved a career milestone less than a week from celebrating 14 years of service, conducting her 700th replenishment at sea since commissioning on 16 September 2006.

The 700th RAS was conducted with HMAS Hobart during their recent Regional Presence Deployment in the western Pacific.

“We supported our ships and the ships of our regional partners during Regional Presence Deployment. We replenished ships from Korea, Canada, Singapore, the United States and Japan as well as HMA Ships Canberra, Hobart, Arunta and Stuart,” Commander Woolrych said.

“We steamed more than 21,500 nautical miles, transferred more than 13 million litres of fuel and conducted 53 replenishments.

“Sirius averaged about 50 replenishments a year since commissioning and exceeding that number on this deployment alone shows the impressive effort from our task group.”

The Afloat Support Force provides operational support for the rest of the fleet by providing fuel, stores and ammunition, thus significantly extending the RAN’s operational reach and endurance at sea.

It can also provide limited support to deployed Army and Air Force units.

Sirius can carry more than 38,000 cubic metres of liquid cargo and can replenish fuel and water to two ships alongside simultaneously by day and night.

Sirius is the first Royal Australian Navy ship to carry the name.

HMS Sirius commissioned into the Royal Navy in 1780 as the flagship of the First Fleet.

The name was selected because of its historical connections with the First Fleet and the role the original Sirius played in providing logistic support to the convicts and first settlers. 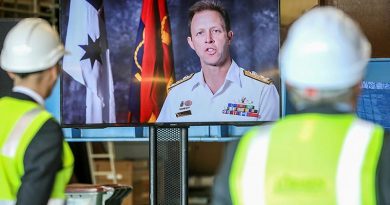 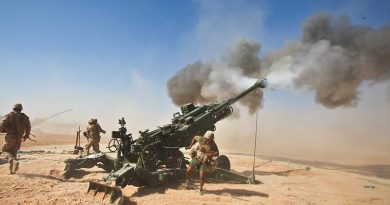 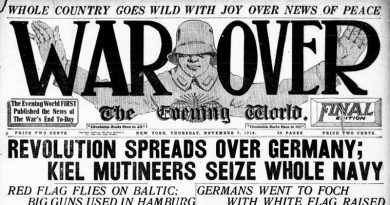 We must remember – 100 years since ‘the guns fell silent’

One thought on “HMAS Sirius celebrates 700th RAS in 14 years”