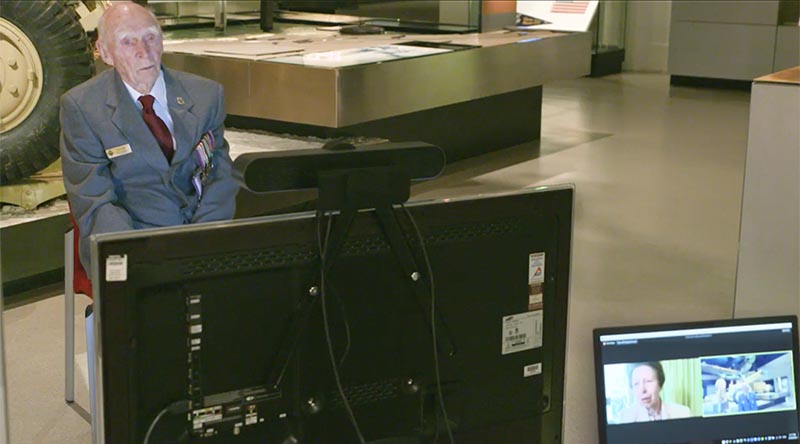 CAPTION: WWII veteran Les Cook chats with Princess Anne via Zoom in the WWII Gallery of the Australian War Memorial.

During the hour-long video call, Les regaled Her Royal Highness with his experiences serving as a corporal in the Australian Army from 1940 to 1947, against the backdrop of the Second World War gallery at the Australian War Memorial in Canberra.

Mr Cook was introduced to The Princess Royal by the Secretary of the Department of Veterans’ Affairs Liz Cosson and the Director of the Australian War Memorial Matt Anderson.

Mr Cook said the princess was very nice and very accomodating, asking pertinent questions and listening to the complete answers.

“She was much more understanding and generous with her time than I would have expected, because I’m not anything special – I just happen to be one of the generation that was alive then,” Mr Cook said.

AWM Director Matt Anderson said it was a privilege to place the call to Gatcombe Park from the Australian War Memorial.

“Her Royal Highness is Colonel-in-Chief of the Royal Australian Corps of Signals and she was keen to hear of Les’s experiences as a signaller during the war,” Mr Anderson said.

“That the call took place from the War Memorial in the lead up to the 75th anniversary of the end of the Second World War was truly an honour.”

“It was truly humbling to hear Les share his memories from the war with Princess Anne,” Ms Cosson said.

“We only have around 12,000 Second World War veterans with us today, from the one million Australians who served, and Les is truly one in a million.”

Born in England, Les enlisted in the 2nd AIF in May 1940 soon after his 17th birthday.

Having learnt telegraphy at night-school he was posted to the 1st Australian Corps as a signaller and sent to the Middle East.

Les served in the campaigns in the Western Desert, Greece, Crete and Syria before returning to the Pacific to defend Australia as part of the Owen Stanley campaign in PNG.

After the war ended, Les served in Japan for a year as a part of the Australian contingent of the British Commonwealth Occupation Force. 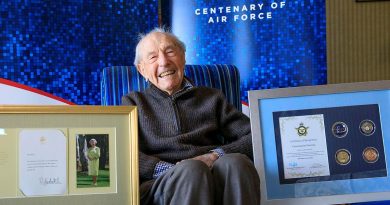 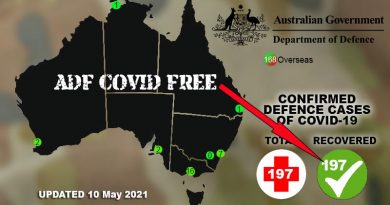