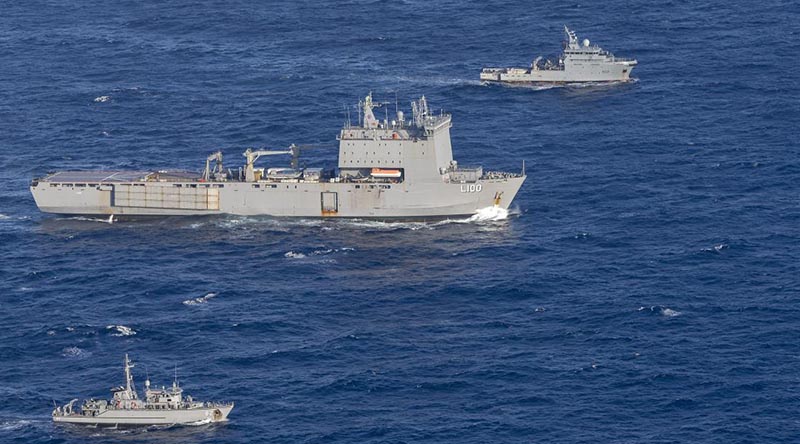 The three ships met midway between New Caledonia and Vanuatu, with Choules’ embarked MRH-90 Taipan helicopter observing the PASSEX overhead before practising a series of live winching operations with the French patrol and supply vessel.

Choules’ Flight Operations Officer and Pilot Lieutenant Mark Green said it was important for flight crew to exercise in all conditions and with as many different ships as possible.

“Conducting operations with ships within our neighbourhood is rewarding for all involved and has given us the opportunity to fly profiles with assets that we don’t usually operate with,” Lieutenant Green said.

“It is beneficial for the aircrew when the weather provides more challenging conditions, as it did.”

One of four ships in the Batiment multi-mission class of the French Navy known for its versatility, d’Entrecasteaux is used for many functions including patrols, law enforcement and logistics.

Commanding Officer d’Entrecasteaux Lieutenant Louis Ballu said the passage with Choules and Huon was a welcome opportunity to train with a partner Navy.

“We enjoyed a productive morning joining with the Royal Australian Navy and conducting some live transfers with the MRH-90,” Lieutenant Ballu said.

“It’s always good to train with our partners in different conditions and learning from each other.”

The 65-metre ship has been operating from Noumea, New Caledonia, since July 2016, while the other three Batiment multi-purpose ships are based in Tahiti, Réunion, and Fort-de-France, Martinique.

The ships have a crew of 20 and are capable of operating for up to 30 days before returning to port. 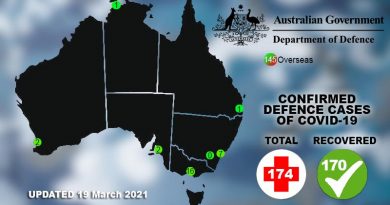