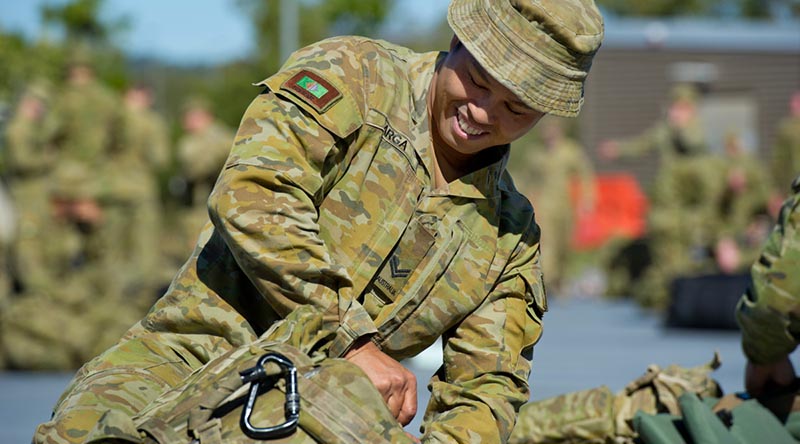 Only a few months after returning from Operation Bushfire Assist, elements of 8th/9th Battalion, Royal Australian Regiment, have been deployed just 12 hours after callout to support NSW Police to close that state’s borders with Victoria.

At the request of the NSW government, 120 8/9RAR soldiers were recalled from leave – many of whom travelled back to Gallipoli Barracks overnight – to quickly deploy in support of NSW Police on vehicle checkpoints on the NSW/Victorian border.

Within 12 hours of receiving the request, Bravo Company was en route to RAAF Base Amberley, stocked with ration packs and enough kit to sustain them at a series of remote border checkpoints.

Commander of the 7th Combat Brigade Brigadier Jason Blain gave encouraging words before the departure, reinforcing the importance of this kind of service to the Australian community.

“When our citizens get to those border checkpoints they are going to see police, they’re going to see you, and they’ll know that you’re there to protect them.

“They know what you’ve done previously in supporting Victoria through this year’s bushfires.”

“I want to commend this battalion, and commend all of you on the way you have responded to this urgent task given to us by our government,” Brigadier Blain said.

“I know some of you drove eight hours overnight to get here when you were recalled to move out this morning.

“You left what you were doing on leave and with your families to now take on this important task.

“You come from a fine battalion with a fine tradition, and an amazing heritage – you wear on your sleeve a path that represents a history of what this battalion has done in service to the nation.

“This is another chapter in that service to the nation.”

The 120 members of 8/9RAR landed at RAAF Base Richmond this afternoon, and will deploy to a series of border checkpoints tomorrow morning, where they are expected to remain in support of NSW Police for at least a month. 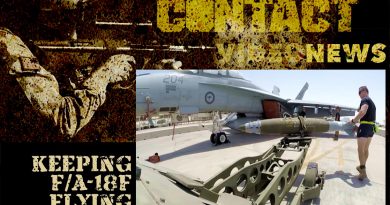