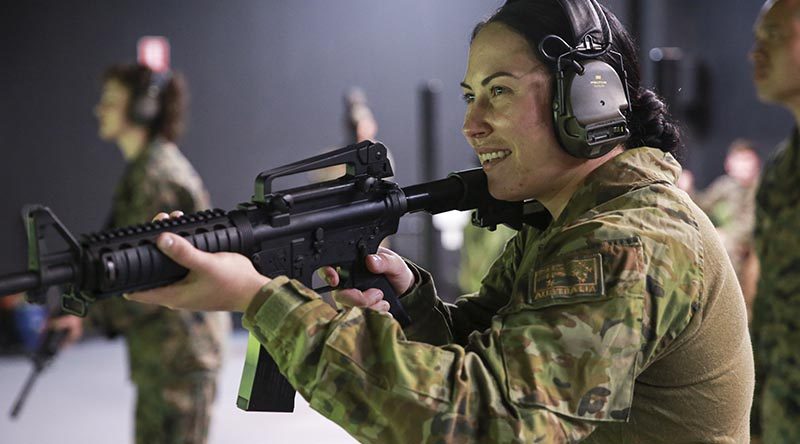 Click. Click. Pop. A slight vibration sent though the shoulder. Focus on the next moving target. Pop. One more to go. Pop. Unload show clear. “End of Scenario” fades in white letters as the screen goes black. 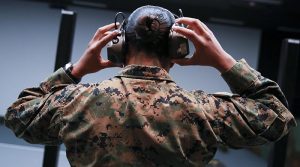 While the COVID-19 pandemic has halted the full MRF-D rotation until later this year, U.S. and Australian service members have worked to find new ways to stay ready and capable as an interoperable fighting force.

“Our ability to understand each other’s capabilities is paramount and that’s one of the main reasons we have the MRF-D as a rotation,” said Maj. Johnathon Ronayne, Australian Defence Force liaison to MRF-D.

“Interoperability and, more to the point, the ability for forces to cooperate at large is part of the operation that is the MRF-D.

“So in order to be capable as best as we can be to stop any threats or to be postured to respond to any, we should know and understand intimately each other’s weapon systems.”

Beyond just familiarization, the Marines integrated the M4 carbine with the WTSS for the first time.

Ronayne said testing the M4 in the WTSS is a new capability which “gives us a broad cross section to allow us to continue to train, which is especially important in this day and age.”

When a loud voice says, “I need two for the drill coming next!” Marines and Australian soldiers step up and load one magazine. “Scenario Begins” appears on the screen. It’s go time again. Target is acquired. Pop.

The WTSS is a fully featured simulation system.

Service members fire battery powered weapons at a three-screened, cinema-sized projection on the wall standing about ten meters away.

Marines and Australians trained side-by-side, in compliance with the regulations set in place by both countries. The WTSS was operated at half-capacity to maintain the social distancing and disinfecting measures put in place.

“In order for us to properly follow the guidelines, they are having us in every other space which is about six feet, probably a little bit more, between each shooter to better distance ourselves and still get effective training in,” states Cpl. Nitselly Henriquez, an administrative specialist with MRF-D.

“We are being especially mindful about cleaning the weapons off as we use them and not passing them off to each other.”

The WTSS can be compared to the U.S. Marines Corps Indoor Simulated Marksmanship Trainer – Enhanced.

The ISMT-E, like the WTSS, allows troops to practice shooting and live-fire scenarios indoors before ever firing live ammunition.

“In my opinion, the WTSS does a great job of putting you in a scenario where you have to think on your feet,” Lance Cpl. Samuel Pekula, a landing support specialist with MRF-D, stated.

“I believe it captures the unpredictability that a lot of training just doesn’t have.”

As the scenario appears to be ending, shooters look to their far right. On the screen, an enemy force is laying in the grass. Pop. Pop. Target eliminated. 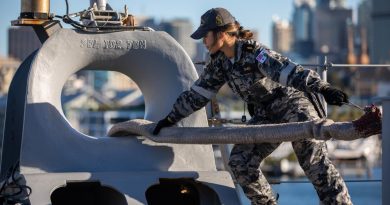 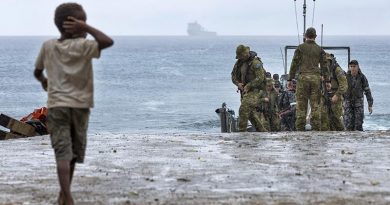