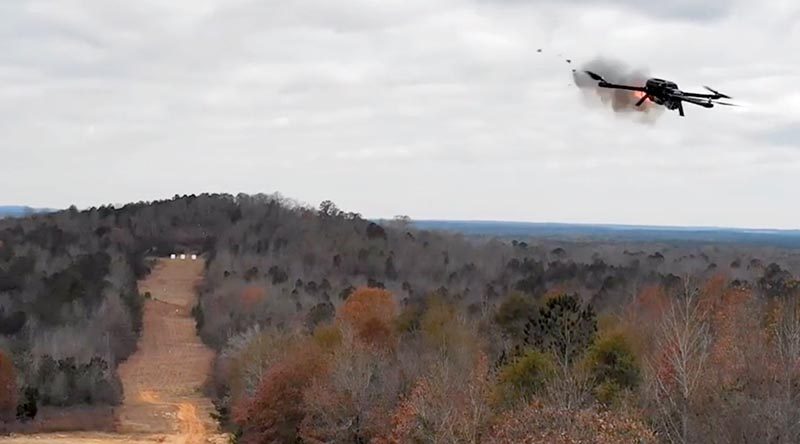 Skyborne Technologies successfully demonstrated their 40mm-armed Cerberus GL drone to the US Army as part of the Army Expeditionary Warrior Experiment.(AEWE2020).

CAPTION: Skyborne Technologies’ 40mm-armed Cerberus GL fires a grenade during a demonstration for the US Army. Company-video screen-grab.

Five 40mm grenade rounds were live-fired in the December demonstration in front of a crowd of around 30.

Earlier in the trial week, Skyborne spent significant time at the firing range, qualifying the Cerberus platform with the firing of over 40 grenade rounds.

In attendance at the official demo were members of the US Army’s experimental force-on-force platoon, capability managers and developers, and AEWE support staff.

After the demonstration, members of the US Army asked questions and examined the drone and associated training simulator.

Skyborne Technologies CEO Michael Creagh said feedback was overall incredibly positive and constructive and the company took many recommendations on board for future development.

“The enthusiasm of the US Army and other defence forces we have spoken to is a testament to the Cerberus solution, particularly from a counter-defilade and cost-per-shot standpoint,” Dr Creagh said.

December’s demo in the USA comes just six months after Skyborne Technologies was awarded a Sovereign Industrial Capability Program grant from the Australian government for advanced weapons development and manufacture.

Skyborne’s directors thanked the Centre for Defence Industry Capability and the Australian Defence Force for their support of their project. 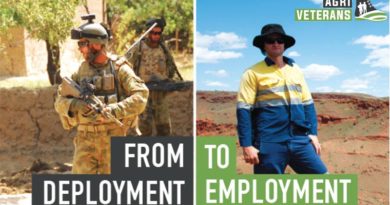 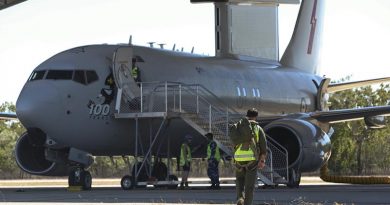