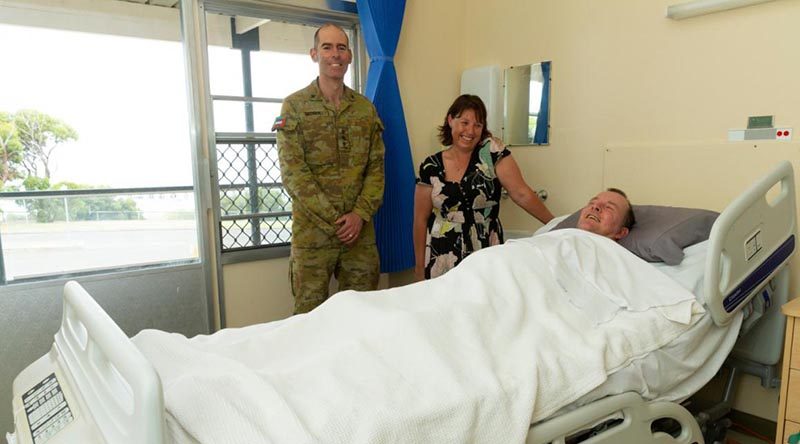 Six members of the Royal Australian Electrical and Mechanical Engineers mafia from 9th Combat Service Support Battalion carried out the daring night mission for Steven Childs, a 53-year-old farmer and father of two who is a quadriplegic after an accident.

On 7 January, Mr Childs was relocated to Kingscote Hospital to be a safe distance from the firefront, but his empty farmhouse on the west side of Kangaroo Island was at great risk of being destroyed by an out-of-control bushfire.

Inside his home was his high-tech medical bed worth about $25,000.

The bed is designed to automatically adjust Mr Childs’ body while he sleeps, to prevent bed sores.

The bed was only six months old and was very important to the farmer.

If the bed had been destroyed, Mr Childs would have been stranded in a regular hospital bed and returned to a frustrating nightly routine, being woken every two hours so a support worker could roll him on his side so he didn’t develop bed sores.

Mr Childs said it could have taken months to get a replacement bed if he lost the one he already owned.

Chaplain Derek Croser became a point of contact for Mr Childs and his support worker, Jodie Meikle, as part of the process in getting the support Mr Childs needed.

They worked with the Australian Defence Force’s Emergency Support Force to hatch a plan to save the bed.

“The Army are on their way,” Ms Meikle nervously announced to Mr Childs.

A team of six soldiers drove across Kangaroo Island at 10pm, hastily retrieved the bed from the farmhouse and delivered it to Kingscote Hospital at about 1am.

“I was so happy I cried,” Ms Meikle said.

Mr Childs said he was very appreciative of the soldiers who saved his bed.

“I just can’t thank them enough” he said.

“I grow potatoes so maybe I could feed the whole Army!”

Chaplain Croser said it was great to see the bed delivered safely.

“It’s an amazing thing to be able to assist people in times of need,” Chaplain Croser said.

“The Army has many ways to help people in unique situations, both practically and emotionally.”

And this may have been one of the more unusual episodes to come out of Operation Bushfire Assist 19-20. 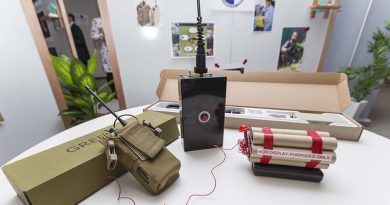