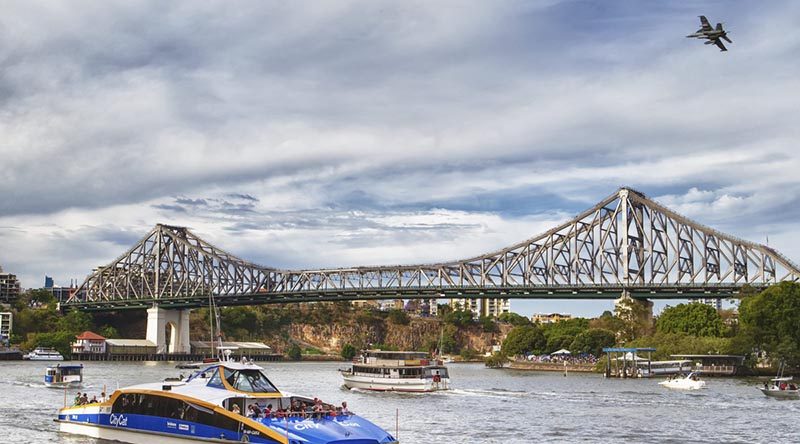 Here is an amusing story about a fellow I spoke with last week, (who will remain nameless). This story could also be titled – The beginning of the ‘Politically Correct Brigade’.

FILE PHOTO (2013): An F/A-18F Super Hornet flies low over the Story Bridge during the lead up to Riverfire 2013. File photo by Corporal Glen McCarthy.

This fellow spent some 22 or 23 years in the Australian Army, of which at least 19 were spent in an infantry battalion.

His service included Borneo and later Vietnam, both with infantry.

In the mid 1980s, this fellow leaves the Army and, after some thought, joined the fire brigade in Queensland. He thought he’d still be ‘active’ at least.

All went well for a few years and he coped with the shift-work rather well.

Early one Sunday evening, he was having dinner at home when he was called out by his fire chief.

He asked why he was called on a rostered weekend off, but the curt reply was that some fellow was up near the top of the Story Bridge threatening to jump and police and fire brigade were called, and our fellow was asked to attend as part of the fire squad.

On arrival, he was asked to climb up on the bridge and talk to this chap up there.

Our man questioned why they would send an ex-infantryman to talk to someone in that predicament.

So, up on the bridge he went and sat next to this fellow.

“Well, are you going to come down with me or not?”

In about two minutes, the fellow quietly came down with our ex-army hero.

Everyone went home and our man enjoyed his baked dinner.

The next day, when our man went to work, the chief called him in to speak about the previous night’s drama.

Unbeknown to the ex-infantryman, he had been fitted with a microphone so that the fire chiefs could analyse the case afterwards – and our ex-army hero, who saved a potential jumper’s life, was sacked.

Apparently, using bad language and being rude to a civilian was not acceptable to Queensland Fire and Rescue – no matter the outcome. 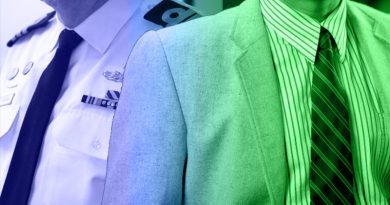 Is there a ‘Placement Service’ for employment of ex ADF? 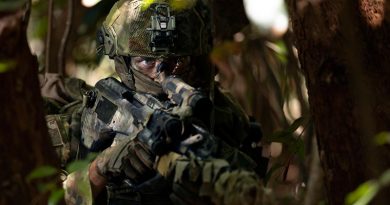 4 thoughts on “A story from a bridge too far”