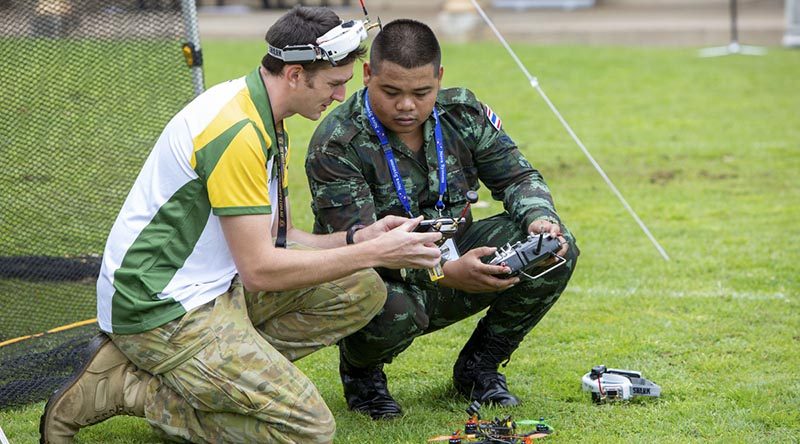 MIDRT was a ‘fringe event’ to the Invictus Games (CONTACT’s coverage here).

“The camaraderie and team work that we displayed today was excellent,” Corporal Martin-Taylor said.

“Also the Governor General’s support today really blew me away.

“I have been particularly impressed with the number of nations who have participated and the standard of racing has been really good,” Major Eze said.

Tournament organiser and head of drone capabilities in the Australian Army Lieutenant Colonel Keirin Joyce said that while the Australian Army was very humbled to have won the team event and also to have hosted the tournament, they had forged strong relationships with teams from New Zealand and the United Kingdom, as well as representatives from Thailand and the United Arab Emirates, as well as from Australian defence industry.

“Only a year ago we formed the Australian Army team, and to have a RAAF team participating with observers from the RAN was also important,” Lieutenant Colonel Joyce said .

“We had great support from our senior leadership group, but also we had a lot of people following the event on social media, on the live-stream tracking the leader board.

“Also having schools and cadets here, we really generated a conversation.”

With Invictus Games commencing on the evening of the drone racing finals, the potential link between the new motorsport and adaptive sports was readily seen.

“The Governor General also commented that it would be good to see a wounded, injured or ill soldier do this.

“It can help with long-term rehabilitation, bringing a soldier back up to full speed.”

“Drone racing is an emerging sport with new audiences and we are very pleased to be at the forefront of activities that encourage greater interest in science, technology, engineering and mathematics – STEM) – for our soldiers,” Major General McLachlan said.

Corporal Zac Martin-Taylor said it was great to be selected to represent Army, and to compete against some of the best drone racers in the world was an amazing experience.

“To participate at the first Military International Drone Racing Tournament of its kind and then to win the team event in our home country, at such an iconic location, was a once-in-a-lifetime opportunity,” Corporal Martin-Taylor said.

Drone racing is an authorised and encouraged adaptive sport in Army with the MIDRT an approved and sanctioned Australian Army event.

Drone racing is a rapidly emerging motorsport made exciting and accessible by the low cost of equipment and first-person ‘pilot’ view of the race action. 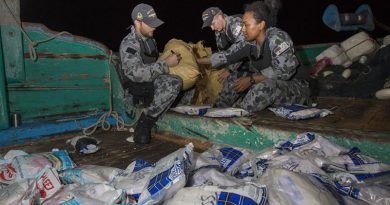