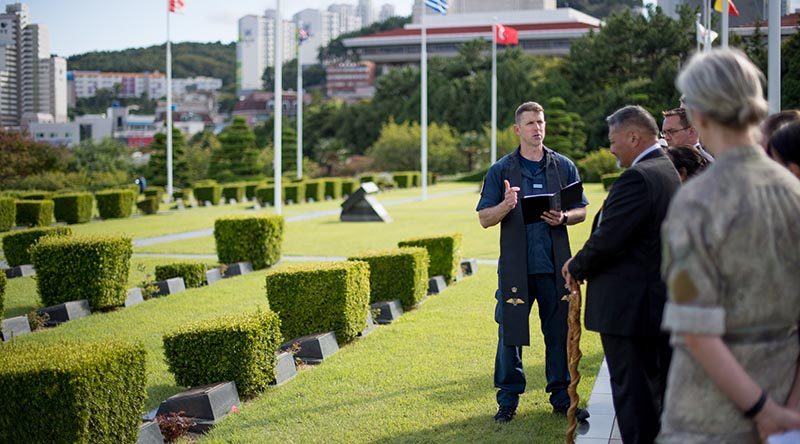 CAPTION: Chaplain Class 4 Russell Bone delivers a prayer in the United Nations Military Cemetary in Busan, Korea, to start the process of disinterring the bodies of two New Zealand service personnel who died and were buried in Korea. NZDF photo.

This is the fourth tranche of project Te Auraki (The Return), under which the NZDF is bringing home personnel and dependants buried overseas after January 1955, following a change in government policy.

Telegraphist Mollison, 19, from Whakatane, had been posted to HMNZS Royalist. He died in 1957 of an illness at the US Army’s 121st Evacuation Hospital in Incheon.

Driver Humm, 24, from Christchurch, was posted to 10 Transport Company, Royal New Zealand Army Service Corps. He died from injuries sustained when a vehicle in which he was a passenger crashed.

Kaumātua and an NZDF chaplain led the ceremony at the grave sites, which included waiata and prayers.

A disinterment team has been deployed, comprising bioarchaeologists, forensic anthropologists and NZDF odontologists (dentists) assisting with the identification of the remains. The team is being led by an NZDF doctor.

Once the personnel have been identified, RNZN and New Zealand Army personnel will conduct a continuous vigil around the caskets until the remains are handed over to their families in New Zealand.

The remains of Telegraphist Mollison and Driver Humm will be returned to their families at an arrival ceremony at RNZAF Base Auckland on 7 October.

This follows the repatriation of three NZDF personnel from Fiji and American Samoa in May, 27 personnel and one dependant from Malaysia and Singapore in August, and two personnel from the United Kingdom this month. 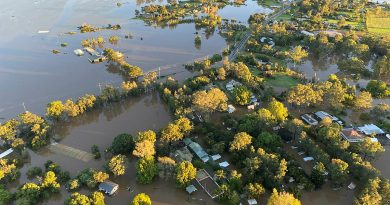