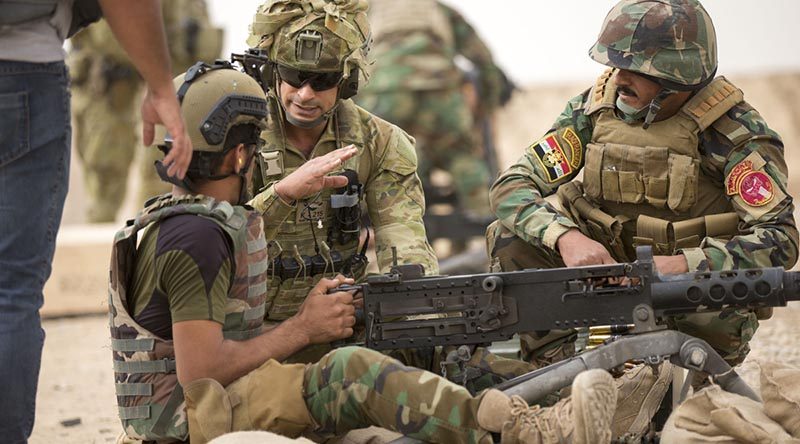 Selected trainees from the Iraqi Ranger Battalion conducted their final assessment on heavy weapons systems including the .50 Calibre Heavy Machine Gun, 60mm Mortar and the 40mm Mark 19 AGL as part of the Task Group Taji-run course.

The course is designed to qualify Iraqi soldiers to engage stand off targets and support ground manoeuvre elements.

Major John Crockett, the Officer Commanding Kilo – Six from the Training Task Unit, said the development of heavy weapons capability within the Ranger Battalion has sharpened the edge of the unit.

“Heavy weapons give the Iraqi Army the capability to engage targets at far greater ranges and to support troops in contact with the enemy with accurate and effective direct fires,” he said.

Throughout the course trainees were assessed on their ability to successfully engage a variety of targets at various ranges safely and with accuracy.

Commanding Officer of the Training Task Unit, Lieutenant Colonel Giles Cornelia said the development of the Ranger capability, including potent specialist teams such as heavy weapons detachments, mortar crews and marksmen, is a substantial step forward for the Iraqi Army.

“The Ranger capability, known as the Qwat Kasah, is an important element on the journey to evolving the Iraqi Army as a combat force and as an institution,” he said.

“The training being delivered by Task Group Taji to the Qwat Kasah Ranger elements is highly sought after and at a rigorous standard.

“Both the specialist courses and the collective training phases of the Qwat Kasah continuum that Task Group Taji are involved with are crucial.

“I am very proud of both the efforts of the trainers and the motivation of the training audience to learn from our instructors.”

Defence Force personnel from Australia and New Zealand are training members of the Iraqi Security Forces to defeat the Daesh terrorist group.

They are deployed on active service to Iraq as part of Task Group Taji 5.

Instruction includes tactics, techniques and procedures from squad- through to company-level operations for use in the fight against Daesh. 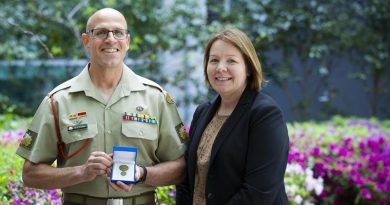 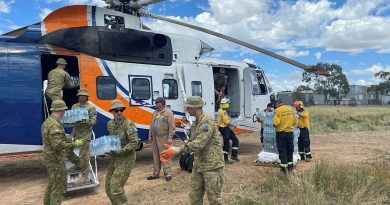