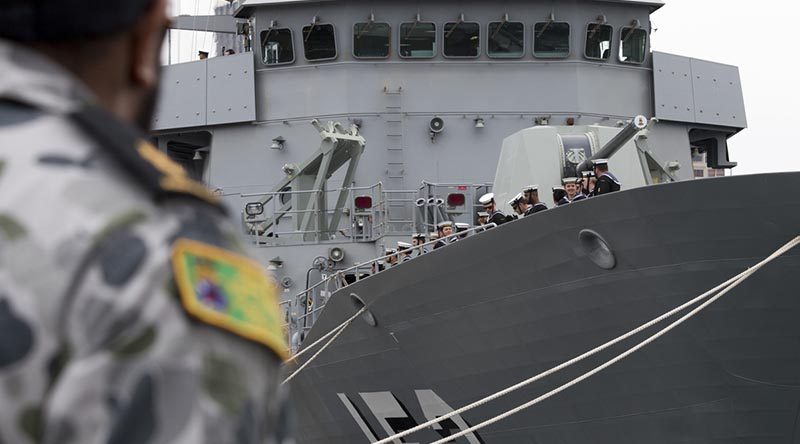 HMAS Warramunga and her ship’s 190 company has departed Fleet Base East at Garden Island, Sydney for maritime security operations in the Middle East.

CAPTION: HMAS Warramunga is farewelled from Fleet Base East, Sydney, for maritime security activities in the Middle East region as part of Operation Manitou. Photo by Able Seaman Christopher Szumlanski.

The Minister for Defence, Senator the Hon Marise Payne, Chief of Navy, Vice Admiral Tim Barrett joined family and friends to farewell the ship and loved ones for their nine-month deployment to Operation Manitou.

Minister Payne said Warramunga would work as part of an international coalition, the Combined Maritime Forces, to interrupt the illegal drug trade that funds terrorism.

“Australia has a long standing commitment to the Combined Maritime Forces in the Middle East region, andWarramunga is but the latest Royal Australian Navy vessel committed to this fight against terrorist operations,” Minister Payne said.

“For decades, the men and women of the Royal Australian Navy have regularly seized drugs and other illegal cargoes from the high seas.

Warramunga’s Commanding Officer, Commander Dugald Clelland, said the ship’s company were highly trained and motivated to carry out the tasks ahead.

“The men and women who serve in Warramunga have worked very hard preparing the ship for this long deployment,” Commander Clelland said.

“This will be the ship’s third deployment to the Middle East and we carry forward a considerable legacy.

“For 27 years, Australian warships have made significant contributions to peace and security in the region and we’re deeply committed to continuing this legacy and honouring the service of those who have come before us.

“We sail with the knowledge our friends and families will support us the entire way as we work to make the world safer and more stable.”

Warramunga replaces HMAS Newcastle as Australia’s ship in the Middle East region. Newcastle is due to return to Australia in the coming weeks. 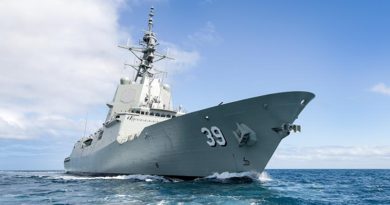