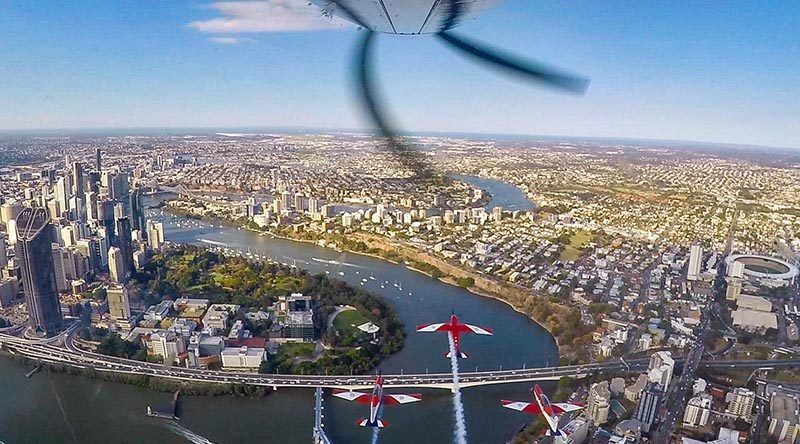 Brisbanites who missed the RAAF Roulettes at Riverfire last weekend – or who want to see them again – will have the chance tomorrow, Saturday, 7 October, at the Archerfield Open House.

Further south, The Roulettes will also display over Mount Panorama in central NSW for the Bathurst 1000 V8 Supercar Race on Sunday at 10am.

The Roulettes team will conduct a low-level aerobatics flying display to demonstrate the skills and manoeuvres that have entertained Australian crowds for almost 50 years.

The team will showcase the high performance and manoeuvrability of the Pilatus PC-9 and demonstrate the magnificent level of skill achieved by Air Force pilots.

This is a great opportunity for members of the public to come and meet Air Force’s dedicated aerobatics team and watch as they perform their spectacular 15-minute choreographed display.

The Roulettes’ breathtaking displays see them fly within 3m of each other, reach speeds up to 550km/hr and fly as low as 60m above the ground.

Roulette pilots also experience up to 6G (six times the normal force of gravity) during their displays.

When the Roulettes are not showcasing their skills, they teach other qualified military pilots to become flying instructors, at Central Flying School at East Sale in Victoria.

A Defence spokesman said RAAF is proud to support public events where possible and displays such as the Archerfield Open House give the public an opportunity to take a closer look at what the Air Force does and the assets it uses.

Air Force demonstrations such as The Roulettes acrobatic display are weather dependent and subject to operational requirements – i.e. they could be cancelled at short notice. 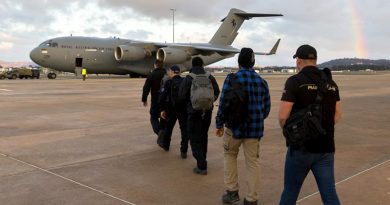