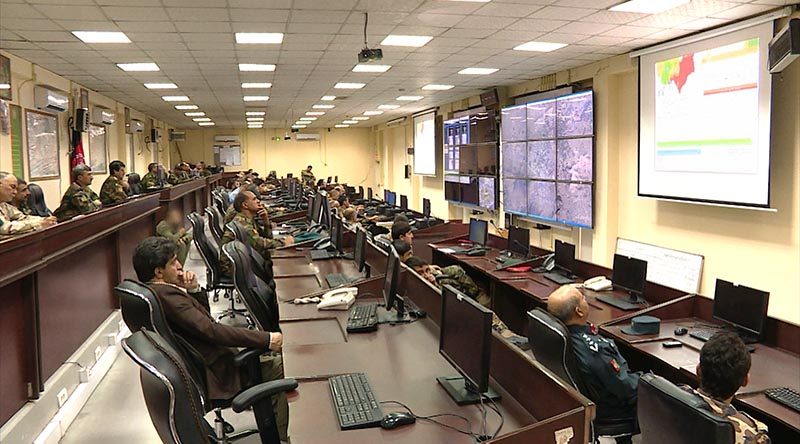 Advising the general in charge of providing security to the six million people who live in Kabul, Afghanistan’s capital, is a big job, but the Australian Army’s Colonel Mark Ascough enjoys the professional challenge it provides.

The 41-year-old originally from Holland Park in Brisbane is currently deployed to Kabul in command of the Kabul Garrison General Command – Advisor Team 3 (KGC-AT3) on Operation Highroad.

He leads a small but diverse and experienced team of full-time and reserve Army personnel who mentor the key staff at KGC.

“Personally, I work directly with the three-star general officer who commands KGC and look for ways to support him in achieving the mission of his organisation, which consists of more than 25,000 Afghan security and defence personnel.

“The opportunity to lead an experienced group of Army officers and work with NATO forces alongside the Afghan National Defence and Security Forces is one of the best parts of my job.

“Through building relationships based on respect and trust, we work together to achieve effective security for a national capital city in a demanding operational and political environment.”

Although the work he does contributes to the safety and security of Kabul’s residents, Colonel Ascough said his job was no more important than other Australian Defence Force personnel deployed on Operation Highroad.

“Every deployed person is here supporting the Government of Afghanistan in improving security for the population,” he said.

“KGC-AT3 is unique in that we are the only Australian-led and staffed train, advise and assist team within the NATO Resolute Support mission, and we are working with the only joint operational-level headquarters in the Afghan national security environment.

“The opportunity to be a part of the ongoing development of the Afghan National Defence and Security Force and support them in providing security to Kabul, arguably the vital strategic ground of Afghanistan, is incredibly rewarding.

“It requires us to have a deep understanding of the national and international context of the mission.”

This is the second time Churchie Old Boy has deployed to Afghanistan.

Colonel Ascough said he finished school unsure of where his professional future lay, having been accepted into several different degree streams at local and interstate universities.

“I thought I would go to the Australian Defence Force Academy, earn some money while I was studying and use the year to make up my mind of what I wanted to do next,” he said.

“Almost 25 years later, I’ve had the privilege of serving with many highly professional soldiers, sailors, airmen and women from across a range of countries and cultures.”

Over his career, Colonel Ascough has served on operations and exercises in a number of countries, including East Timor, the United Kingdom, Holland and the United States.

When he returns home from his deployment early next year, Colonel Ascough is looking forward to reuniting with his wife Michaele and daughter Erin, in Sydney’s Paddington.

ADF personnel deployed on Operation Highroad are working as part of the international community to provide long-term support to the Government of Afghanistan.

Around 270 ADF personnel are deployed in Kabul and Kandahar as part of Operation Highroad, Australia’s contribution to the NATO led Resolute Support mission. 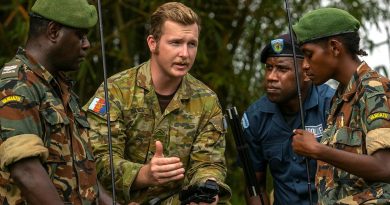