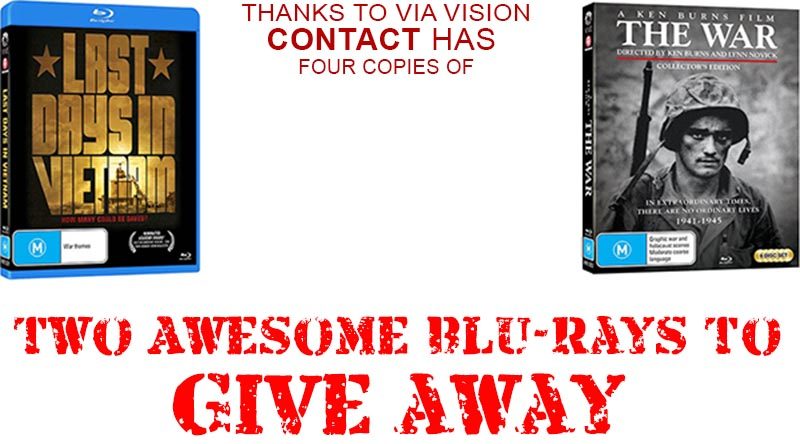 THE WAR – a film by Ken Burns 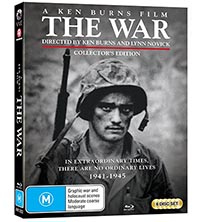 The Emmy® award-winning documentary THE WAR explores the history and horror of WWII from an American perspective by following so-called ordinary men and women who became caught up in one of the greatest cataclysms in history. This epic film focuses on the stories of citizens from four American towns taking the viewer through their personal and harrowing journeys, painting vivid portraits of how the war altered their lives. Buy this here. 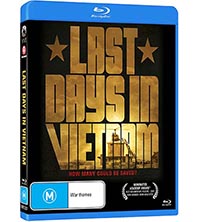 During the final days of the Vietnam War, as the North Vietnamese Army closed in on Saigon, the South Vietnamese resistance crumbled. The U.S. had only a skeleton crew of diplomats and military operatives still in the country. With the clock ticking, a number of heroic Americans took matters into their own hands, engaging in unsanctioned and often makeshift operations in an effort to save as many South Vietnamese as possible. Buy this here.

CONTACT had four copies of THE WAR and 4 copies of LAST DAYS IN VIETNAM to give away.

And the WINNERS are:

All you had to do was send an email to editor@militarycontact.com and tell us which one you want and, in 25 words or less, why we should pick you to be a winner.

Don’t be shy – but do be clever. The four best entries (as judged by us) for each production will be a sent a copy of that excellent product.

Both competitions closed on 22 September. Winners are announced above and in our newsletter on 24 September – and the prize will be sent out soon after.

If you didn’t win one of these awesome prizes here but would still like your own copy, both these excellent documentaries are now available from Via Vision or the retailers listed on their homepage.